From King’s College to Kings road

I was a Londoner from late 2011 to early 2013, lived in a rush, left in a rush. The time I spent there was not long, but the experiences were broad and varied: from King’s College student who diligently walked each morning from Millbank to Aldwych, to struggling shop girl on the Kings Rd. The story bellow is based on my last months in the city: a reality that is often hidden behind the ‘English dream’. Perhaps this reality is also shared by many other barcelonians of my generation or any group of people who leave their home in order to get a better future and, instead, they get… well… something different than expected. A positive experience? A negative one? That is a very intimate choice for each person to make, but something I am sure of: I did not (I do not) waste my time.

The tale of two soups

There are a few council buildings in the South of Battersea Park. They are all so monstrous that they could be seen from the airplane when you are about to land at Gatwick. I used to live in one of those, an ugly piece of architecture designed to host an army of workers, the sort of people who is necessary, but unwanted. That building was not only ugly, but smelly too: the smell of hundreds of interacting wi-fi waves and of piled up humans who perhaps spent most of their time denying their solitude in front of some screen. After three months living there, I had become one of those humans. To my own astonishment, I would stare at the floor when I crossed a fellow neighbour in one of those endless windy corridors. There was a duplex apartment on the fifth floor. I shared it with four other girls and called it the shoe house: someone had displayed an eternal collection of about thirty pairs of worn out shoes in the entrance. Those shoes were often all that greeted me every evening when I came back home from work -my exhausted self would reply ‘hi’ to them.

Not everything was that sad and lonely in that Battersea hive, though. It was wonderful when my flatmate’s solitude and mine met in the kitchen, the apartment’s only communal space (without counting the toilets or the starcaise, of course). That small piece of space: a noisy fridge, a table attached to the wall and three chairs around it, their seats all covered in old stains. I somehow loved that kitchen both when all the girls mingled there together and also when it was empty. When the latter happened, especially in the mornings, I would tune classical FM as loud as possible and leave the place without switching it off hoping that the music would somehow purify it or dignify it (a little). That dose of high culture against that filth, not only created a beautiful aesthetic experience, but also the illusion that, for a few minutes, the stubborn layer of grease that lived over each surface, had vanished.

On moist cloudy days, there was quite an atmosphere in that beastly kitchen: the straight lines of the building in the front (as huge and damaged as ours), appearing and disappearing among the fog, and Beethoven in the background. I would open the rusty window and sniff the smell of trees and soil that was flying towards us all the way from the park. The scene improved when there was a pot of boiling water, vegetables in it and the steam meeting the external mist and the sound of the bubbles acting as an extra steady instrument to whatever the tune was. In that context it was easy to loose oneself in deep daydreaming sessions and pretending to be surrounded, truly, by domestic bliss and comfort.

That was the state in which I found myself the day that there wasn’t only one pot of boiling water, but two. ‘Hellooo.’ Juli, my favourite flatmate, the Hungarian angel whose room was upstairs next to mine, had just entered. ‘Oh, I love the music.’ – Beethoven’s piano Concerto Number. 5, Emperor was playing. I just smiled as she reached the hand blender while she acknowledged my pot. ‘You have soup too.’ I did, I used to get inspired by what others were cooking. ‘Nice!’ she said while she started blending both her soup and good old Beethoven. I sat on a chair nibbling the only piece of bread I hadn’t added to my soup, leaning my back against the wall I observed the steam condensing in the window and I observed Juli. I wondered about her solitude. Would she spend time existing through the Internet, like I did? Would she sit in her bed hugging a pillow and looking at the sky? Would she stare at the building in front looking for evidences of life? Would she be wondering about so many things that she wasn’t able to formulate a single question properly? Like I did. Her blender stopped. ‘Ohhh’, she lamented, ‘I put too much water in here, now it will taste like nothing, I am going to try adding some spice…’

By then my vegetables were already cooked. It was my turn to use the hand blender and I knew it was not going to be an easy job. ‘Mine is too thick.’ I sentenced after two minutes of wrestling. In that moment, Juli and I might have had the same idea, but for some reason none of us dared to speak. She was so prudent, so shy… And I… I just respected other people’s soups. There was a big silence while the odours and vapours of our respective soups progressively invaded the room until she said with her thin voice: ‘green, green’. ‘Soup, soup’, I answered. ‘Mine is too watery…’, ‘and mine, too thick…’. ‘Lets…’, ‘Go ahead Juli…’ Perhaps hers had too much water and spice, and mine too much bread and olive oil, but the consistency of both, mixed together, was perfect. We served the bowls and decorated the green liquid with some sesame seeds, feta cheese and smoked salt. It looked so great that I got excited and wanted to add pieces of chopped fennel, goji berries, dry dill, raisins, turmeric, cinnamon sticks, and experiment with the remains of that morning’s coffee… Fortunately for the soups and for ourselves, I was stopped right after the salt. We laughed and sat down. ‘Soup, soup’, ‘green, green’. We started talking about our far away homes. We found out how both of our grandmothers grew poppies in their respective gardens: red ‘pipacs’, red ‘roselles’. ‘Red, red’.

And then, suddenly, those soups didn’t only bring joy and gratitude, but also created a symmetric experience. As symmetric as the rationalist lines of the unsound building we lived in. We were not alone, after all. Those days in the Battersea hive were, as Dickens would have said, ‘the best of times, the worst of times.’ * 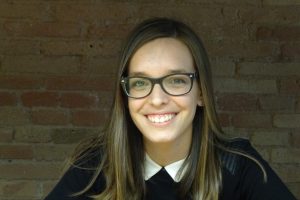 What is the city? One ...read more 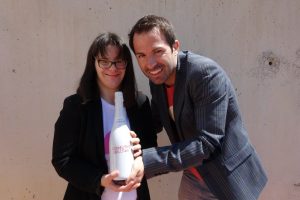 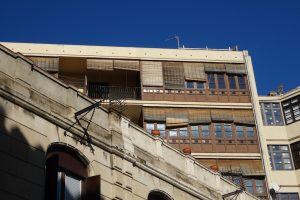 During my visit at the ...read more 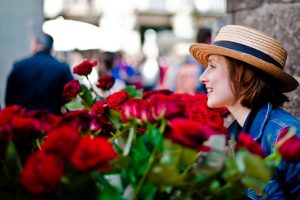