I am going towards the Carrer Llull in Poblenou to visit the studio of Perico Pastor (La Seu d’Urgell, 1953). My plan is to ask him about the current art scene in Barcelona. But, why only focus on talking about art with artists? This logic doesn’t necessarily have to be present in the development of all conversations or maybe it does because my dialogue with the artist will be based on his early years. And this, is not entirely coincidental since we both went to the same school. I am interested in hearing how his personality developed in the late Franco’s Barcelona. Perico speaks with a mixture of strength and subtlety, the same elements we can find in his drawings. His story, as his work, is vivid and full of touches of humour, irony and surprises. 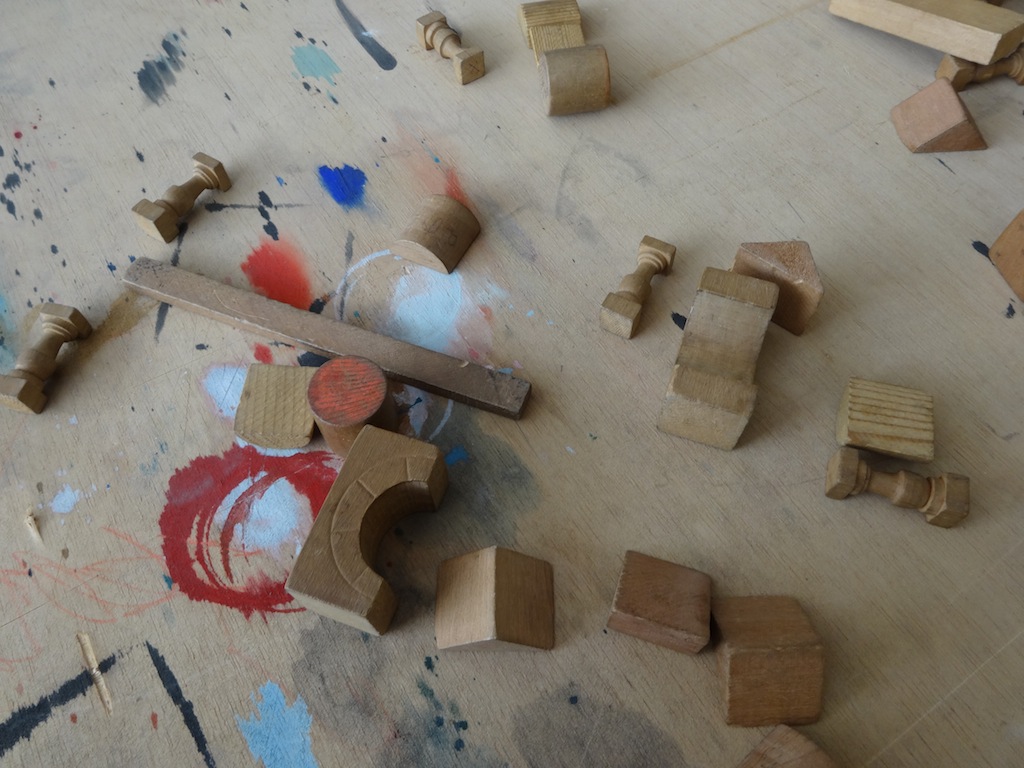 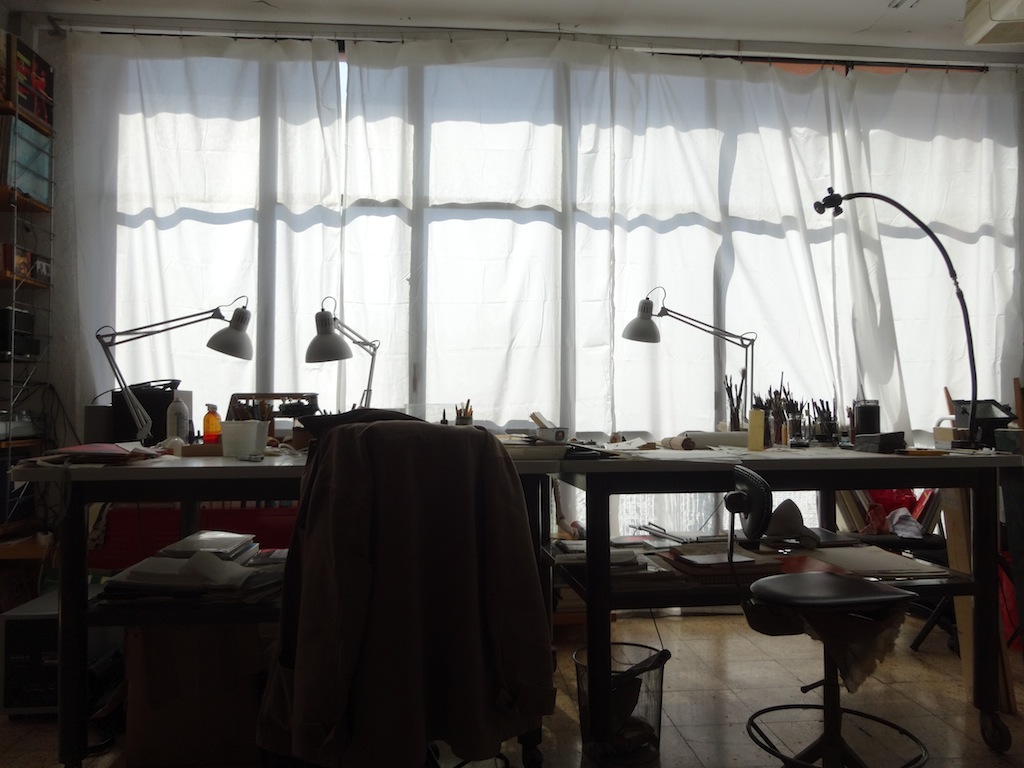 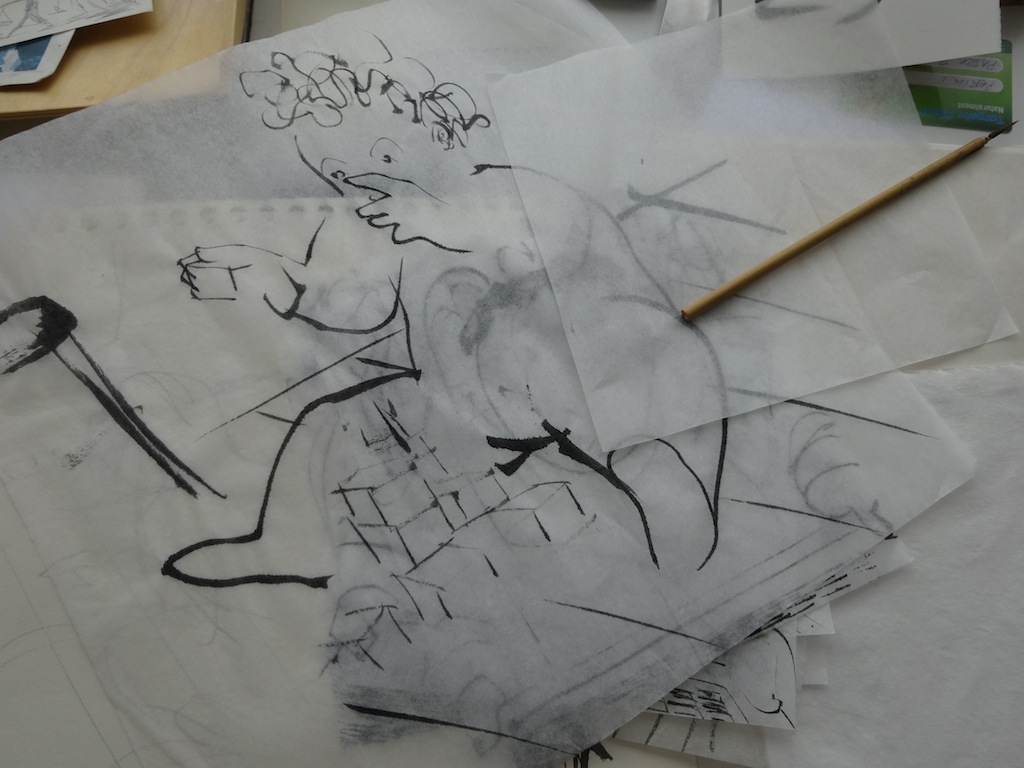 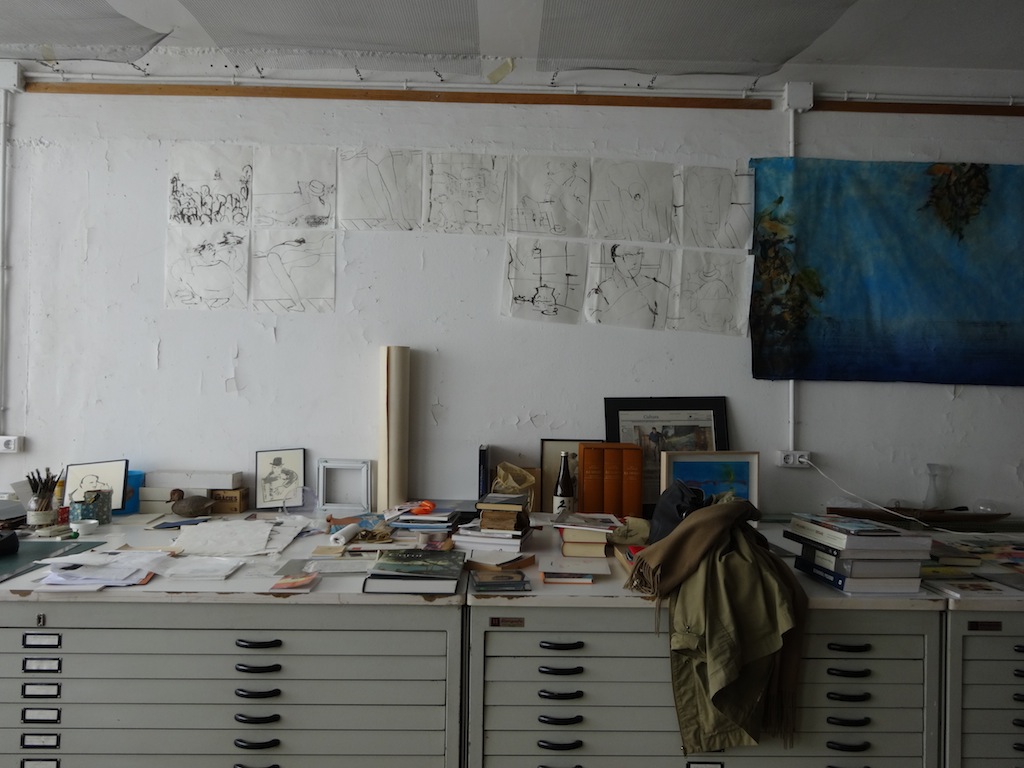 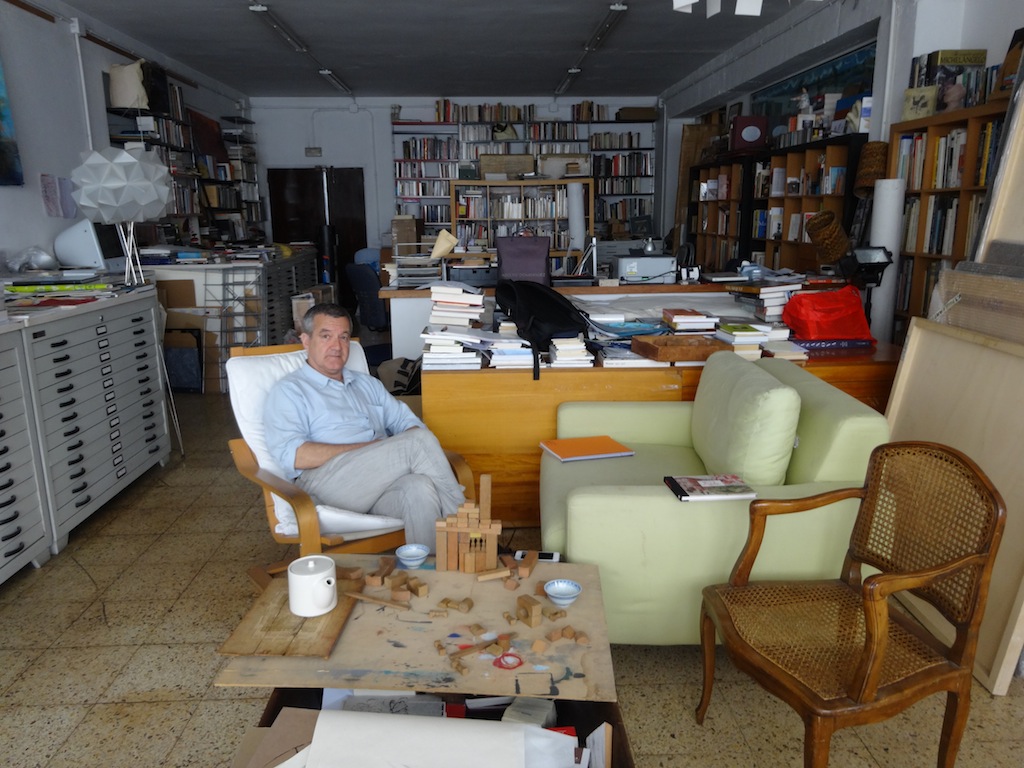 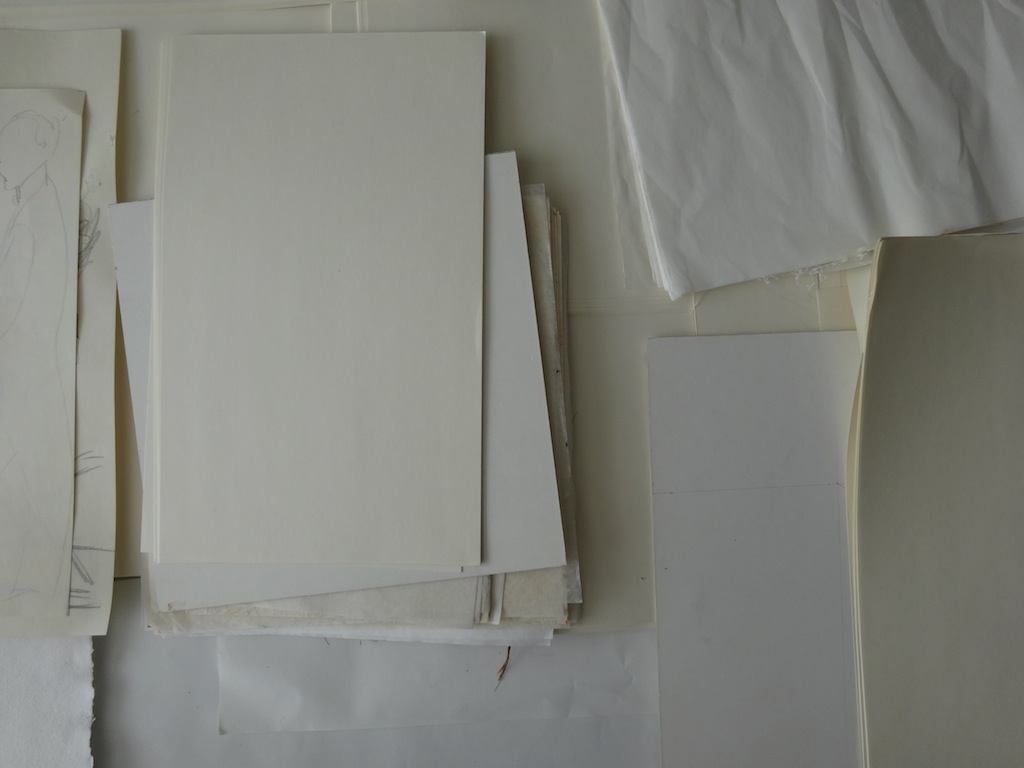 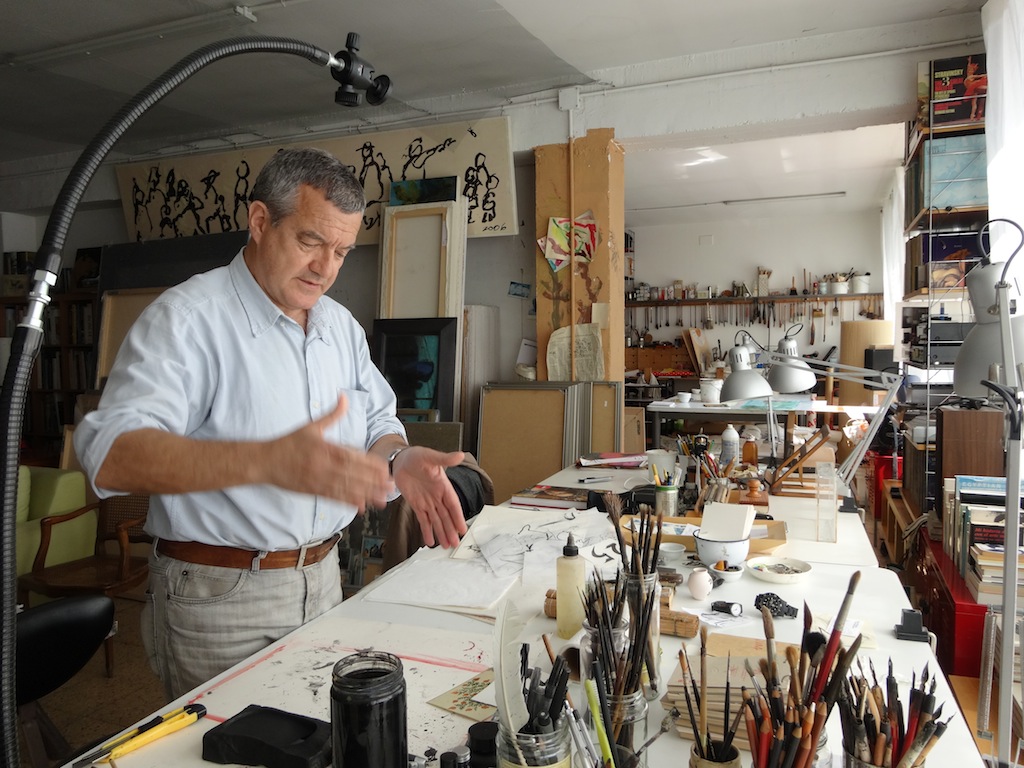 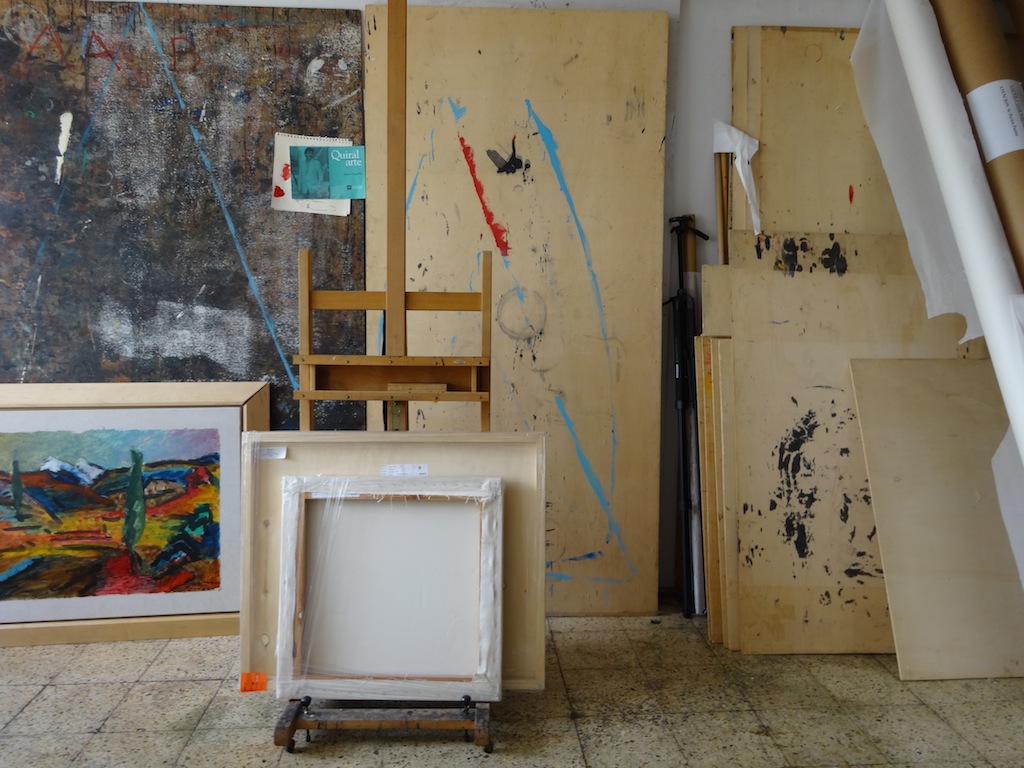 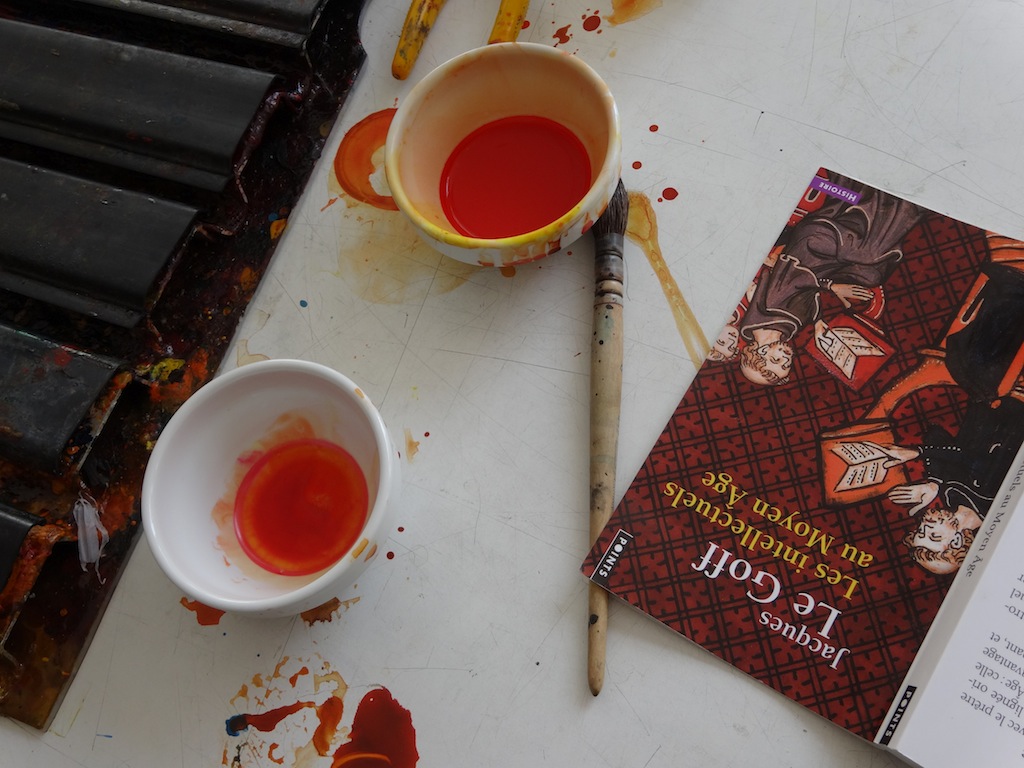 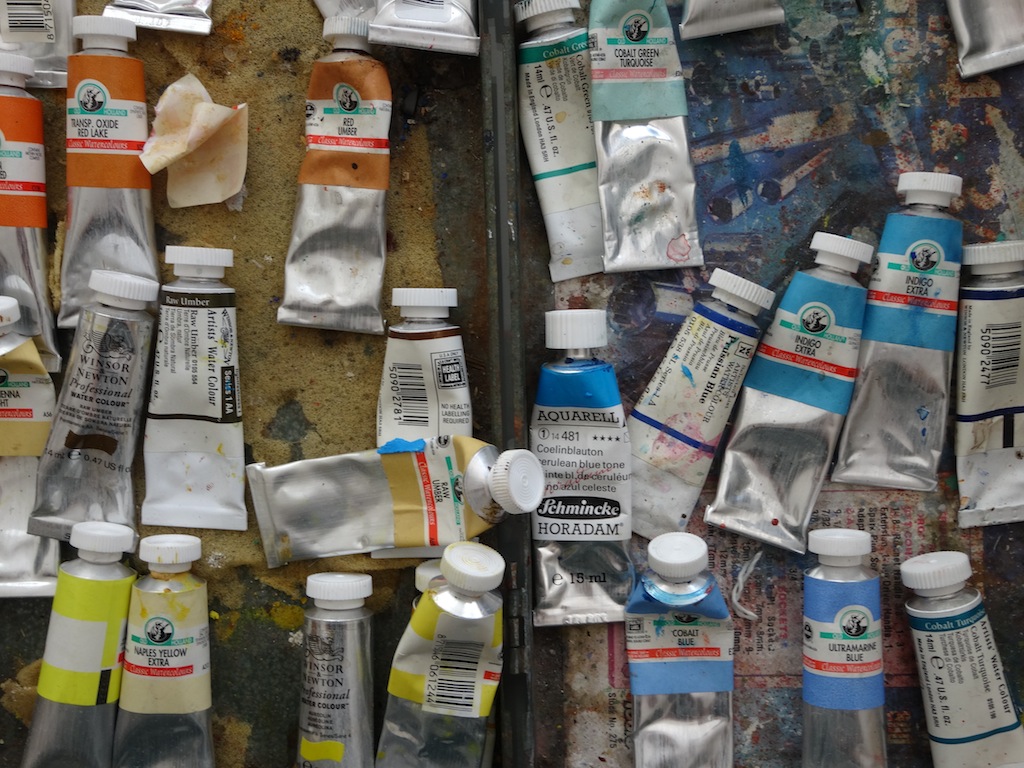 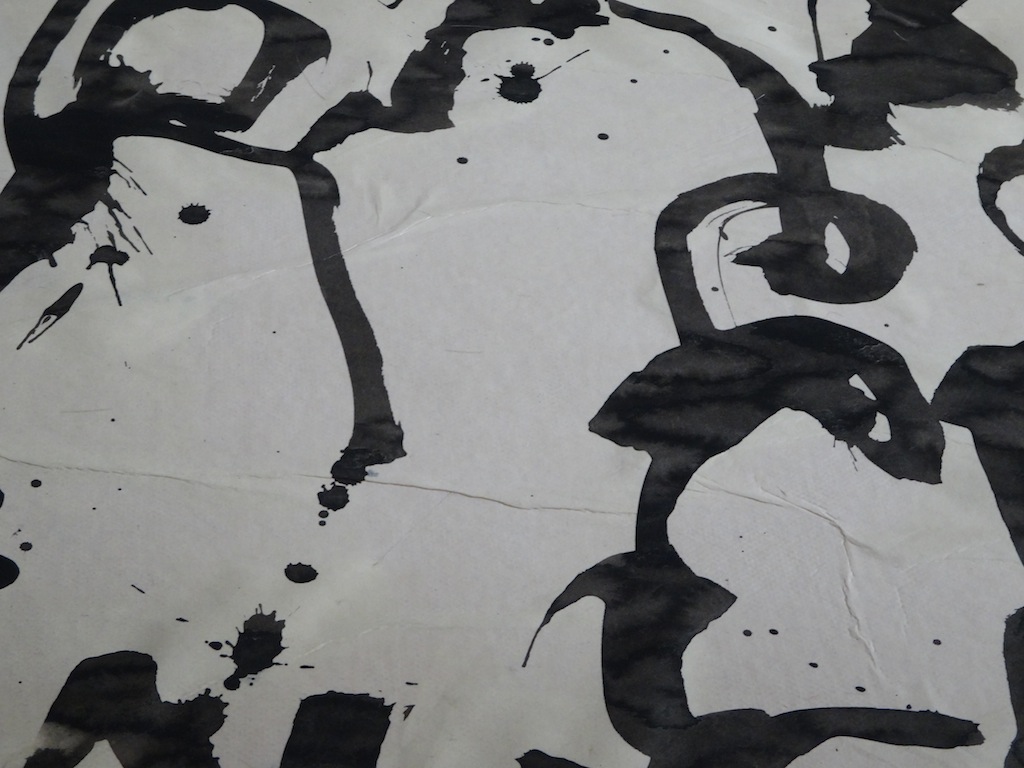 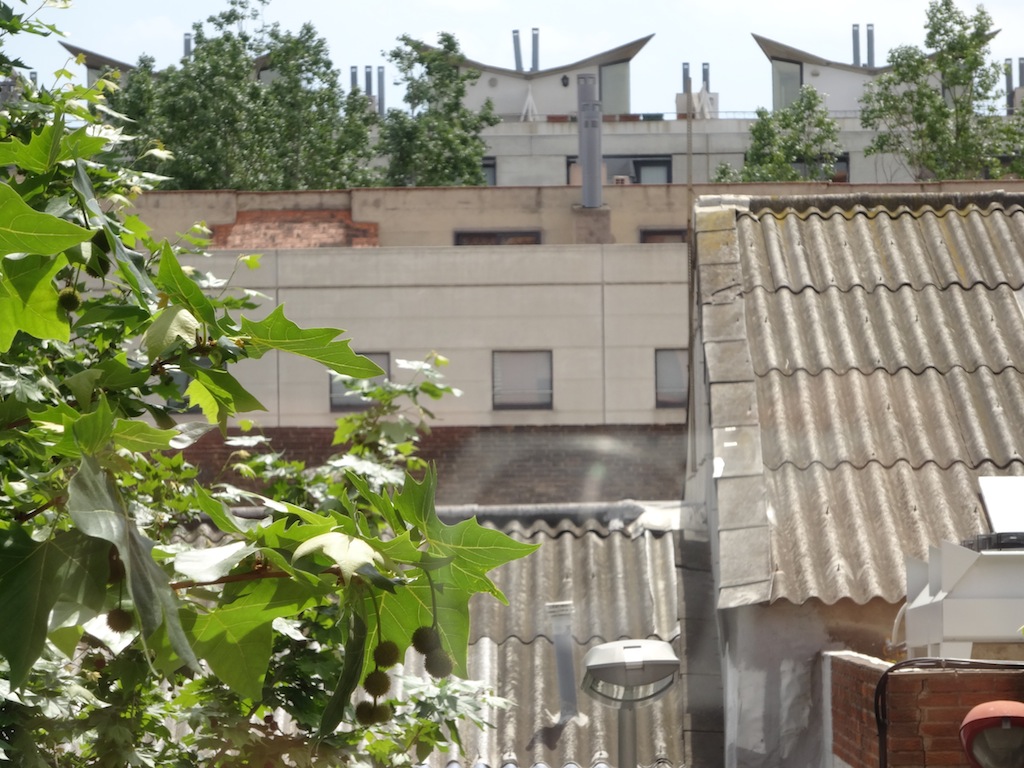 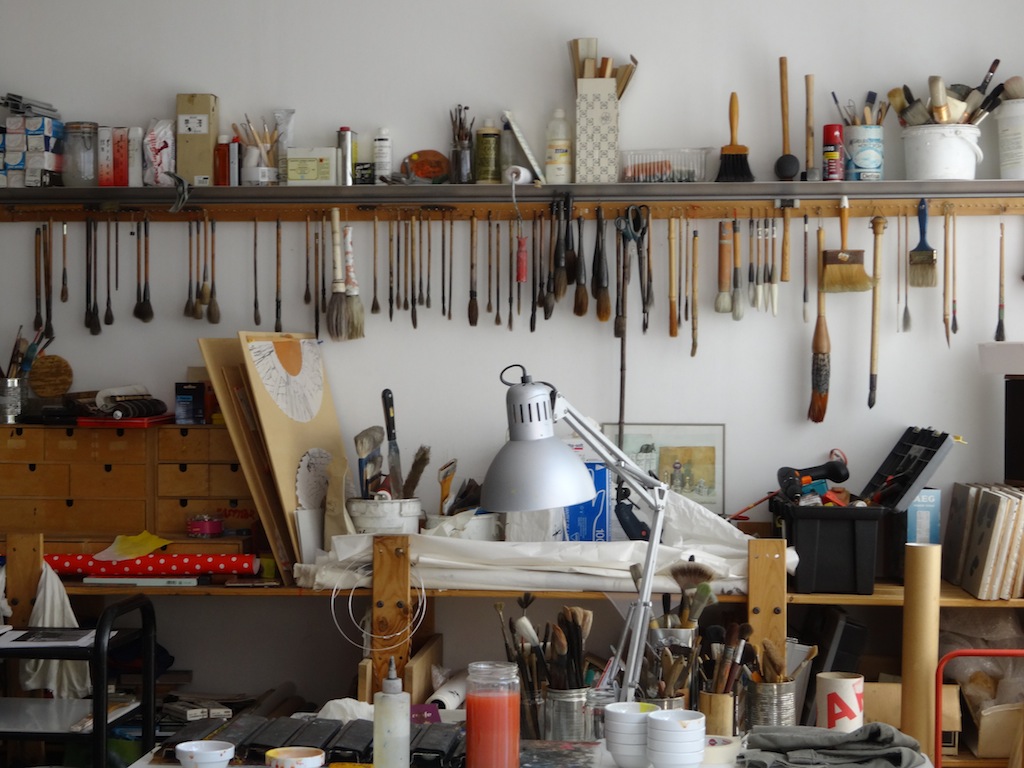 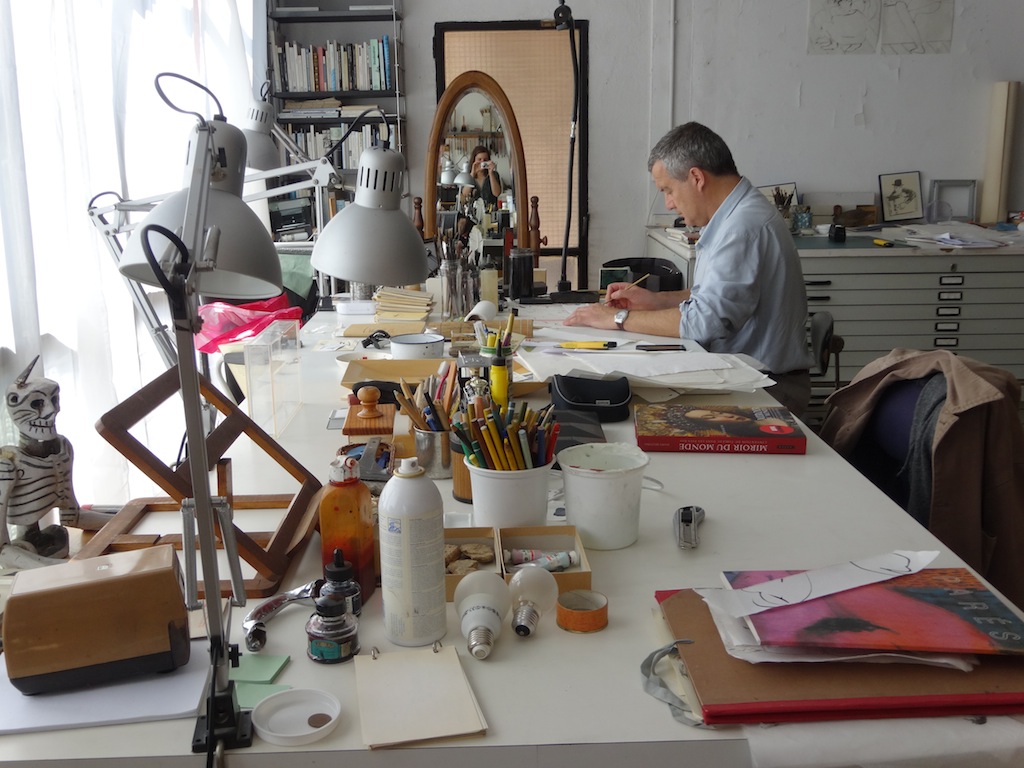 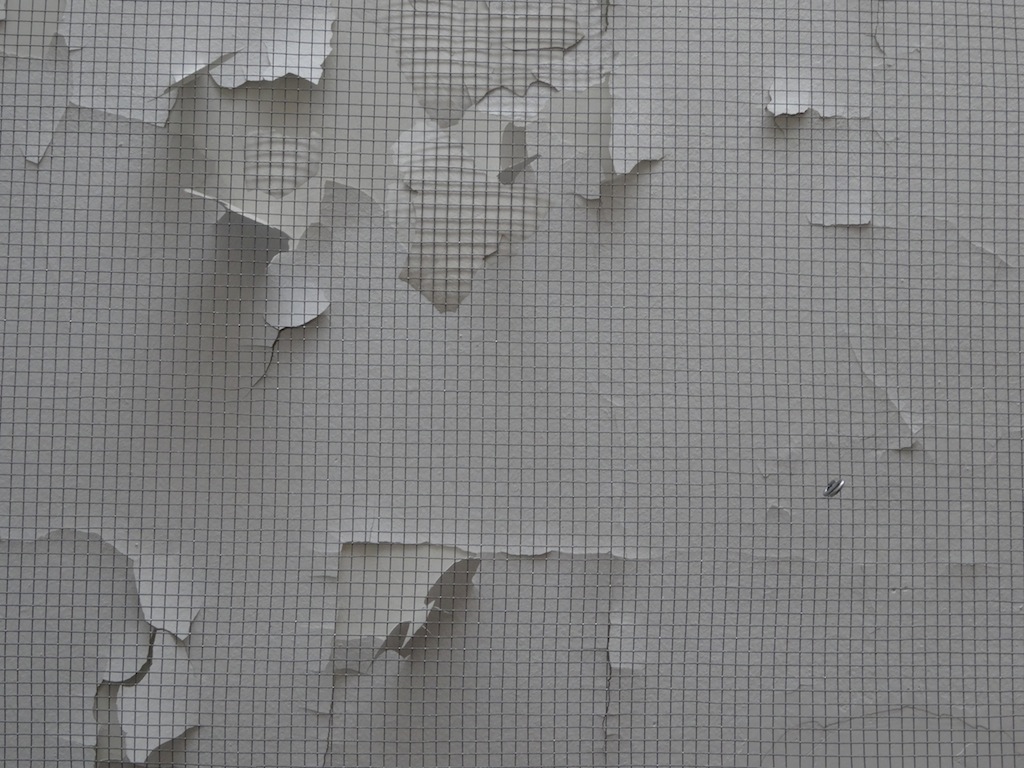 I lived in La Seu (a town by the Pyrenees, 180 km away from Barcelona) until I was 10 years old. Then, I was sent to Barcelona, to live in my grandmother’s home and to study what was then called the ‘Batxillerato’ at the Lycée Fraçais where Pere Ribera, (educator, founder of Aula Escola Europea, 1915-2009), who went to University with my parents, was teaching.

What memories do you have of that time?

As you know, to study with Ribera wasn’t a simple task. My sisters studied with him for a while and returned to La Seu because they didn’t get along with him; I – more or less – managed. By the time I was 14, my grandmother died and my parents moved to Barcelona for two years. After that, they went to Tarragona and my siblings, all older than me, got married and left. So, in 1969, I was living in the apartment that had belonged to my grandmother with two friends of my older sister.

You got used to being independent from a very young age.

Yes, because by then I was 16 and my sister’s friends must have been about 19 or 20. They took care of me, but to a certain degree. I went in and out of the flat as I pleased, I used to go to Barrio Chino, to the bar Pastís… everywhere, without any explanations.

And how was life in that flat?

You can imagine, it was an old 300 square meter flat located in Carrer Provença with Pau Claris, and it was quite a ramshackle. It became some sort of a hippy camp; that was a very intense period. In 1969, during the state of emergency that took place that year, I began to get involved in politics and the police caught me in a demonstration. I spent three days at their office in Via Laietana (very distracted) and then I was taken to the Model jail for three weeks. I had a great time there.

You had a great time… In prison?

Yes. Not in Via Laietana. But I did at the Model because it had a special gallery for ´the younger ones’. Have you ever seen pictures of that prison? It is like one of those eighteen century prisons that had a panoptic structure, like a star: you can see everything from anywhere. Each point of the star was a three-storey gallery. The first three days I was in a very fun area because we shared with the transvestites, all those celebrity characters from the theatres in the Parallel Avenue: the Faraona, Catalina de Russia… Those gentlemen-ladies were there installed with their curls, their dotted robes… When all the 16 year old boys, passed by their cells, we always got very juicy comments.

Yes, it was! Besides those guards were quite harmless. Or, at least they were harmless with us. Other people who were there for different reasons did really suffer a lot in prison. I saw guys my age that had been arrested, for example, for stealing a car with a completely blue back after having been terribly beaten. But my reality was different, for me jail was almost like a vacation. At break time we played some sort of squash and talked about politics: various groups were made according to their beliefs, there were the Marxists, the Trotskyites… I didn’t belong to any group so I found another boy who was like me and we invented our own party. We made a parody of everything that surrounded us.

A good way to survive.

Well, I also knew that I wouldn’t be there for ten years, this helped. But actually, I would have stayed longer. At that time I hardly slept because we were hiding in the flat a friend who was one of the founders of the organization Bandera Roja (meaning ‘Red Flag’, a communist party) who coincidentally had also been a pupil of Ribera. I greatly admired him and studied every evening until he arrived, then we started talking until 5 am. He slept throughout the morning, but I got up at 7:30 to go to class. As you will understand, I wasn’t doing great at school, so my strategy was to stay in jail and get to skip June’s exams and go straight to the September ones. But I left too soon because my parents asked help from Don Octavio Perez-Vitoria, who had also studied with them and was a great criminal lawyer (in fact, he founded the Institute of Criminology of Barcelona and managed it for some years).

How did people at school welcome you after your jail experience?

It varied. Some of them with great pride as, for example, Giulia Adinolfi who was our literature teacher and also the wife of Manuel Sacristan (the brain of the PSUC – Unified Socialist party of Catalonia- at University). My colleagues were not too impressed, they took it naturally because at that time, going to the jail was not that unusual. Now, my parents were very, very angry, it is understandable, but my mother did not even send me a single parcel in the three weeks I was locked!

What was the youth of your generation looking for in all those political actions? What were your true ideals?

Look, I’ve thought a lot about the current process taking place in Catalonia and the use that is being made of the recent 11 Septembers. It is true that the NCA (National Catalan Assembly) does its job very well and that everything they are doing is carried out supported by a general discontent that has several causes. Us, when we went to the streets to express ourselves, jokes aside, we risked a lot: the idea of going through the Via Laietana Police Office was very scary because you could really get hurt in there or even get a killed.

When Bandera Roja got dissolved, we had three suitcases full of documents hidden under my parents bed until the writer Manuel Vázquez Montalbán came to collect them. If I had been found acting as an accomplice of that group, I would have been seriously punished, but luckily when I was arrested, it was while running in some demonstration and I wasn’t considered very dangerous. What I mean, is that everything was a risky sport at that time and we did it because we were theoretically communists, though I had not read any Marx. Similarly, people making a human chain on the 11th September, will tell you that they do it for Independence. But I think I was neither communist nor these many people are just fighting for the sake of Independence. I’m happy that a lot of the nonsense that happened at that time is over, but I am also proud to have been part of a group of people who really fought and took risks in order to change a system that did not work.

You’ll agree with me that there are now many things that are not working either. Do you think some can also be changed through art?

Is depends, art can be used as a political tool -or not. Each stroke is caused by a different reason or for several reasons at once. What I do believe is that art and culture are important to better reflect the problems of society and to make it evolve. Art in Barcelona is not going through its best time. Museums have greatly improved in the recent decades, but the galleries have not followed the same path. A few years ago, the Carrer Consell de Cent was a very important gallery centre. Now, many of its galleries are gone, it is a very dramatic landscape. There are places like the Fabra i Coats or Piramidón where very interesting contemporary art is being produced. But the strength of the commercial galleries seems to have moved to Madrid. The crisis is a possible reason, but I think there are other reasons in which we should think.

Think, act and improve. Thanks for all the inspiration Perico! ∗ 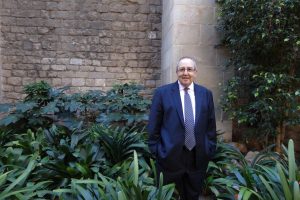 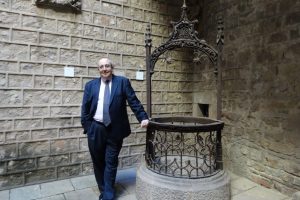 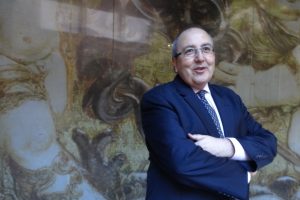 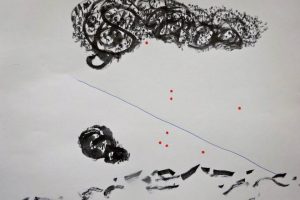