If you follow Barcelonogy, you will know that I have been interested in sustainable fashion for a while. A few months ago, in April I had the opportunity to meet the upcycling designer Virginia Rondeel and to attend to the first Ethical and Sustainable Fashion Show in Barcelona. I want to continue exploring this trend that continues to attract a growing number of people who are becoming aware of the contradictions that surround us. Many are concerned by (or busy looking for) ways to improve our environment as we also improve ourselves: the blog soGOODsoCUTE is a platform that promotes a sense of fashion and lifestyle that respects both humans and the environment. I go to meet its founder, journalist Sònia Flotats (Barcelona, 1979) in Barcelona’s Old District. I discover a daughter of the Gothic Quarter who is extremely vital, restless and has very clear ideas. Here are some of them. 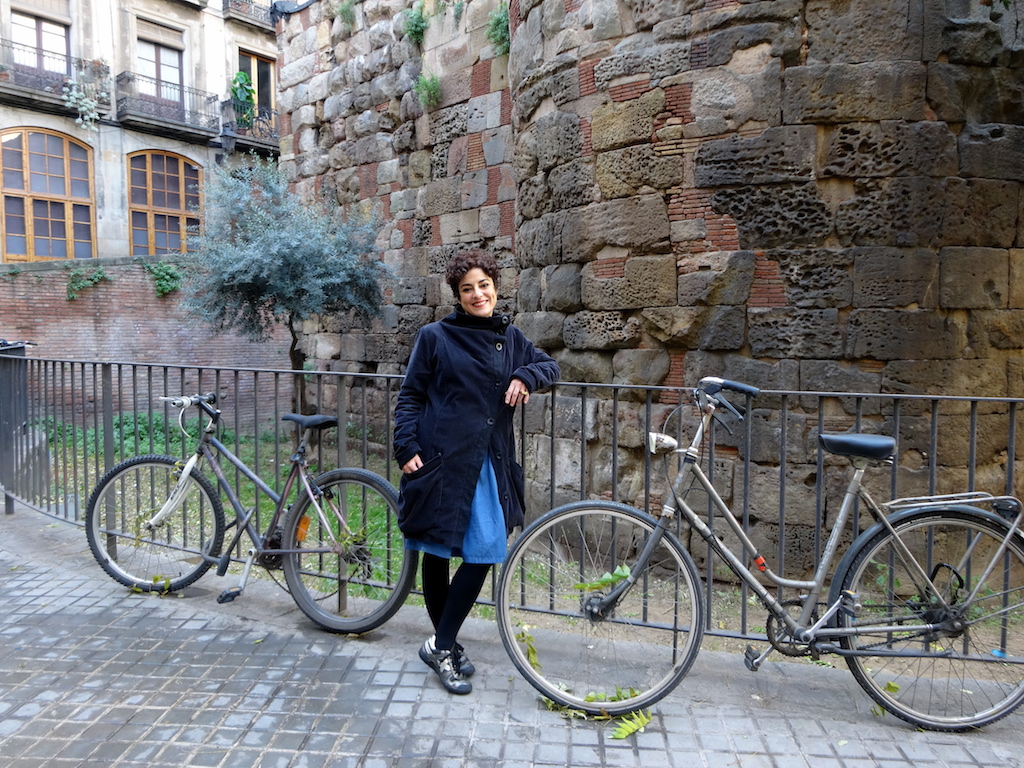 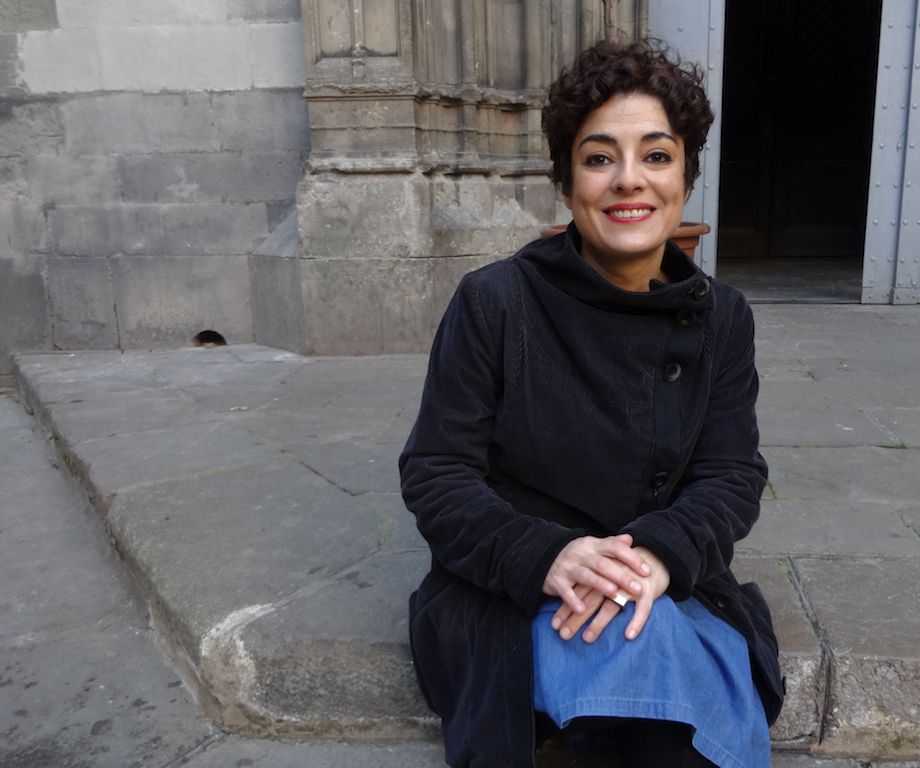 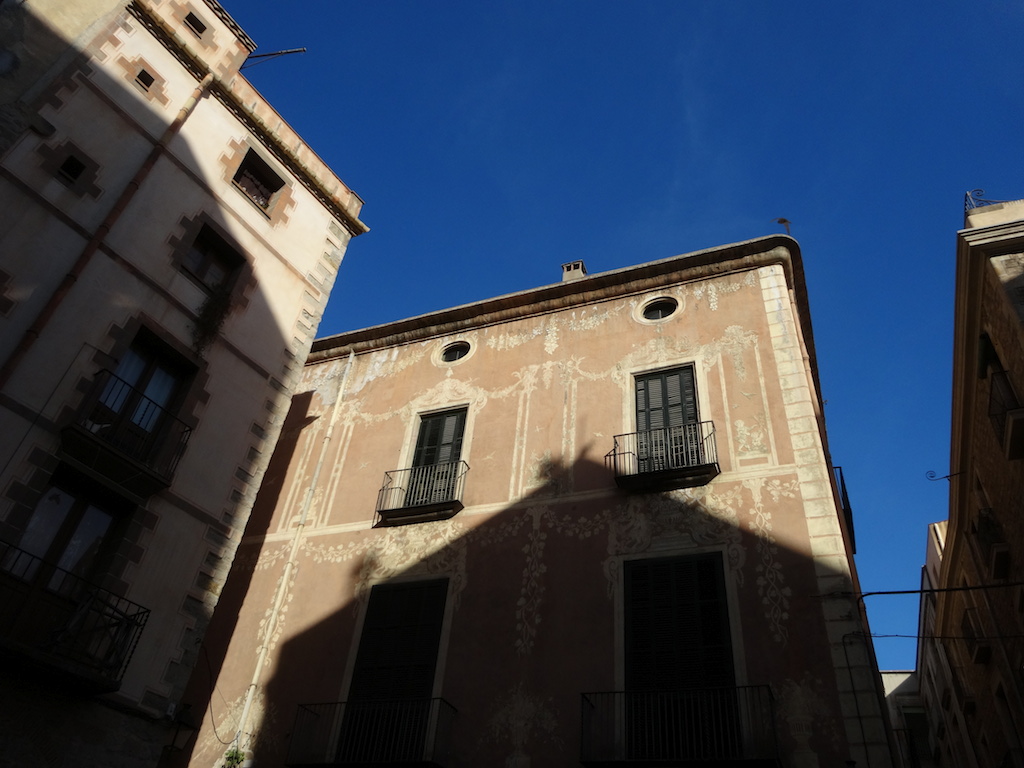 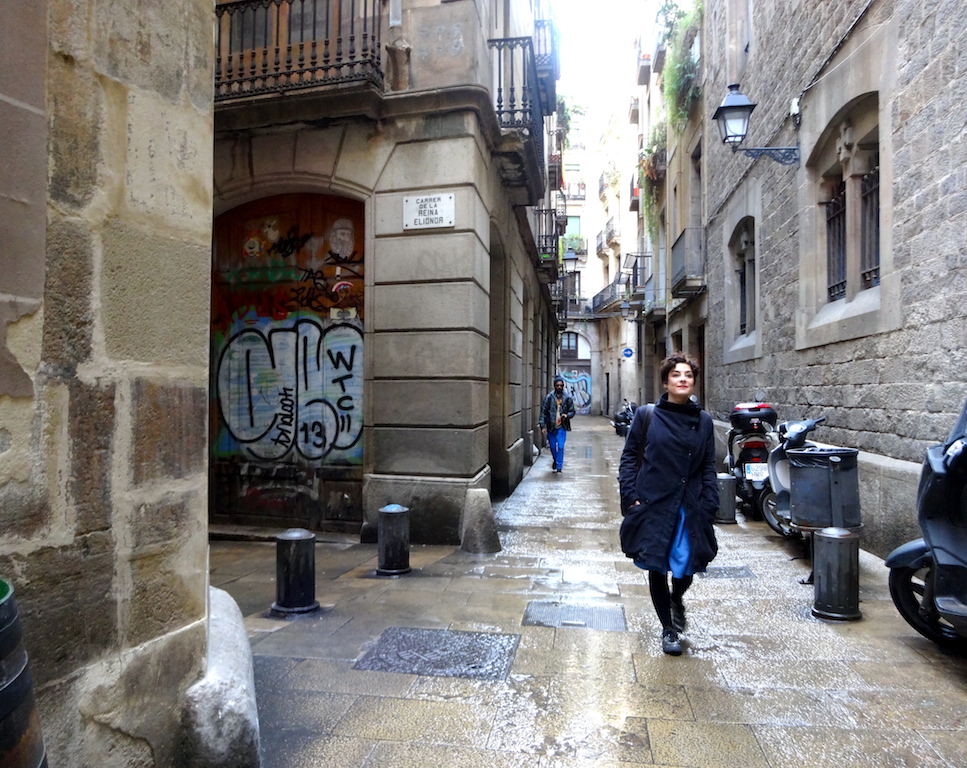 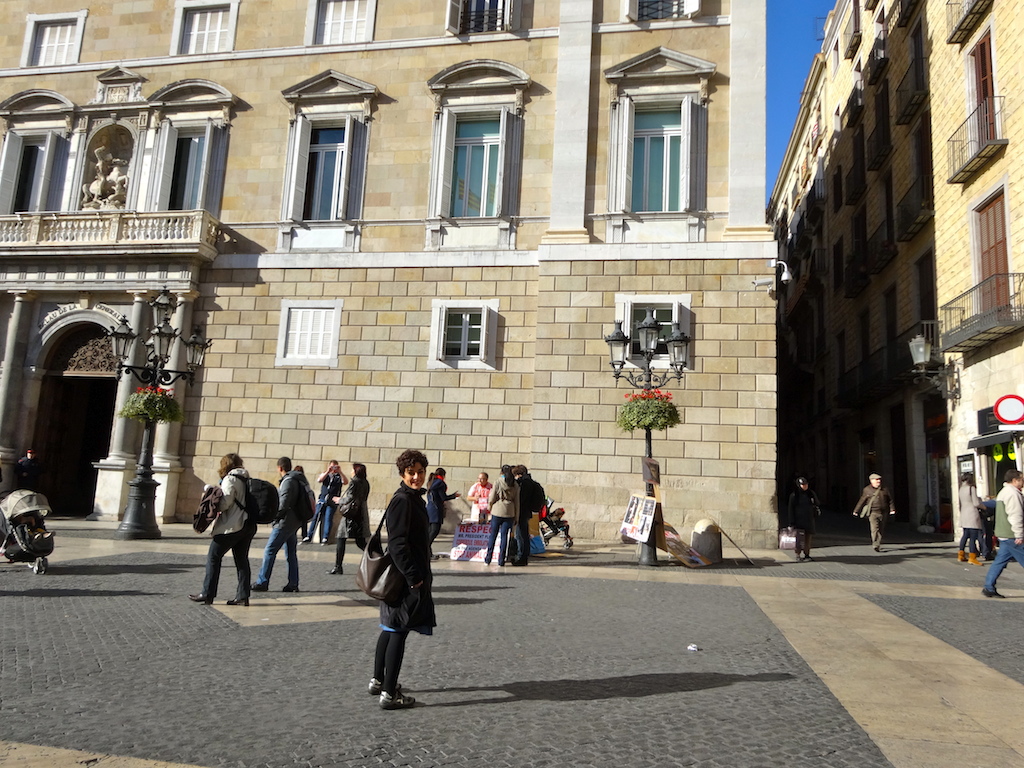 … And also my grandparents were born in the Gothic Quarter.

It happens less often now. The Gothic is full of people that have arrived during the recent years; some are immigrants who have slowly been integrated. Others are foreigners who live here or people staying in touristic apartments, they often have a life on a side. This has produced several changes. The local shops have increasingly become more targeted to visitors and utilitarian stores such as the shoe shop, the fish market, the bakery, the butcher’s, etc. are vanishing. Plenty of shops that had always been there, are being replaced by souvenir shops that come with posters, facades or windows that aren’t always very, lets say, attractive…

I think so, yes. But what is especially worrying here are the practical implications for this area’s residents. Many have finished moving elsewhere. For example my mother, who lives here, struggles to find a normal supermarket that does not offer extremely overprized products. There is often this perception that the Gothic Quarter is full of bohemian artists or it is some sort of film set built for tourists or expats, but there is also a community of normal working people who need the same services that you can find in any another neighbourhood. In fact, for me, this neighbourhood has always been a bit like a village where everyone knows everyone else. Actually, years ago, when I still lived here I rarely left this area. Now I would have to do so because of what we have just commented.

They say that for many people who live in the Gothic there is an invisible barrier (perhaps now it is starting to get a little blurry) that passes by the Via Laitena, Plaza Catalunya, Las Rambles and Passeig Colom.

It is quite true! As a teenager I somehow experienced this and when I had to meet some friends around Gràcia, it felt like going on an excursion. However, I ended up breaking this with dynamic: I lived in the Born for a while and also in Vacarisas, a town of 6000 inhabitants located at the feet of Montserrat.

Precisely many urbanites tend to romanticize life in the countryside or in a small village. Sometimes, I also imagine myself living in nature surrounded by goats and growing my own vegetable garden (even if I also think I would last about three days like that). But, how was the experience for you? Did it influence your interest in all that is related to Sustainability or Slow movements?

I am very rooted to Barcelona, but I went to Vacarisas with great enthusiasm to live with my partner. There, we had a vegetable garden, chickens… But after the first year, I deeply missed the city, the movement, seeing different faces. By then, I already had the idea of sustainability in my head, I was aware that it was very unsustainable to live so far away from work and travelling all the time by the car. Basically, all this depends very much on each individual’s personality, and if you live in a town and don’t need to travel too far, you have a much better quality of life than you could have in the city, but you have organize yourself well.

In fact, the concentration of population can be more sustainable in terms of building sewers, optic cables, public transport…

There are many ways to approach sustainability; everyone can find one that will work best with your circumstances or needs. In my case, at that particular time, living far from the city was not too handy, but perhaps in the future I might want to go back to the countryside… Now we have returned to Barcelona and we live in the neighbourhood of Poble Sec, I am very happy. It is all about various stages in life.

Let’s talk about sustainable fashion, one of the main axes of soGOODsoCUTE. How do you manage to dress ethically in Barcelona?

Well, I promote ethical fashion and lifestyle. But I’m not a purist at all because this is a movement that is still very new. So far, is not entirely possible to apply a 100% of it in your daily life. However, when I get dressed, it amuses me to think: “From what I am wearing, what things are ethical or sustainable? What is produced locally? How could I improve?” I take it as some sort of game.

Something is wrong if we cannot have a little bit of fun with fashion.

I agree! And slowly, I work towards what I think would be ideal. It’s a matter of priorities. Whenever I can, I try to buy second hand clothes: you can find pieces in very good condition at very low prices and it is worth to remove the taboos that still exist around this form of consumption. If there is something that already exists and it is fine, why shouldn’t we use it? Moreover, with the money you can save by buying second hand, you can invest in sustainable fashion.

Good formula. I think about the percentage of our lives we spend naked and my conclusion is that it might be really worth checking out where the garments we put over our skin, come from: just as we try to do with what we eat.

I never thought that, but it’s true. Maybe for some 23 hours a day or more (especially now in winter) we wear clothes that are probably sawn by people who is exhausted or poorly nourished or even by children. Imagine the stories hidden behind every stitch you wear on you, your t-shirt may have been sewn with an enormous anger. Moreover, how do certain chemicals found in the fabrics can affect you (pesticides, colourings…)? The skin is an organ that gradually absorbs everything you put on it.

Besides this, for what other reasons do you think it’s worth to know more about the sustainable fashion movement?

We live in a time of paradoxes. One of them is that we are a very individualistic society. However, we all end up wearing the same uniform that comes from all brands that mass produce. Sustainable fashion always produces in a limited way, the risk that you find another person wearing the same as you do, is practically none (laughs).

When things are massively produced, why can’t they no longer be sustainable?

Because then we are talking about large-scale industrialization with all it implies. Moreover, we all love that our work is valued and to to get a fair salary for it. Again: the workers in factories where a lot of the clothes we wear are made, not only they don’t have their rights respected, but very often it is directly their human rights what is not being considered.

Impossible to hope that certain garments can be made with a minimum of care or affection.

It is clear. Also, don’t you regret having bought something that loses all its shape after the first wash or when it is still new and suddenly a little hole appears or little threats start coming out of the seams? This happens because the quality is extremely low.

We are a generation that does not really know how to mend our garments and we end up getting rid of a lot of clothes that haven’t really been used.

This generates tons of waste that could be avoided with a little more awareness of all these elements. If you think carefully before buying anything: “do I really need it? Does it really fit?” At the end of the day, it comes down to managing resources in a way that will be fairer for all of us and for the planet. We are in a very interesting era where we are gradually developing trends that, little by little, should be improving the Earth. It cannot be otherwise, even if it is just for selfish reasons, we cannot continue abusing the planet! *