What is the city? One of the possible ways to define the urban world is through the presence of architecture. In this series of conversations, the creators of Q9 magazine tell us, individually, about a specific building in Barcelona: the one that for one reason or another, has always drawn their attention. Every conversation with these young experts in architecture, will help us to reflect on the perception, the experience and the cohabitation that people have with these works of art in which we can live. 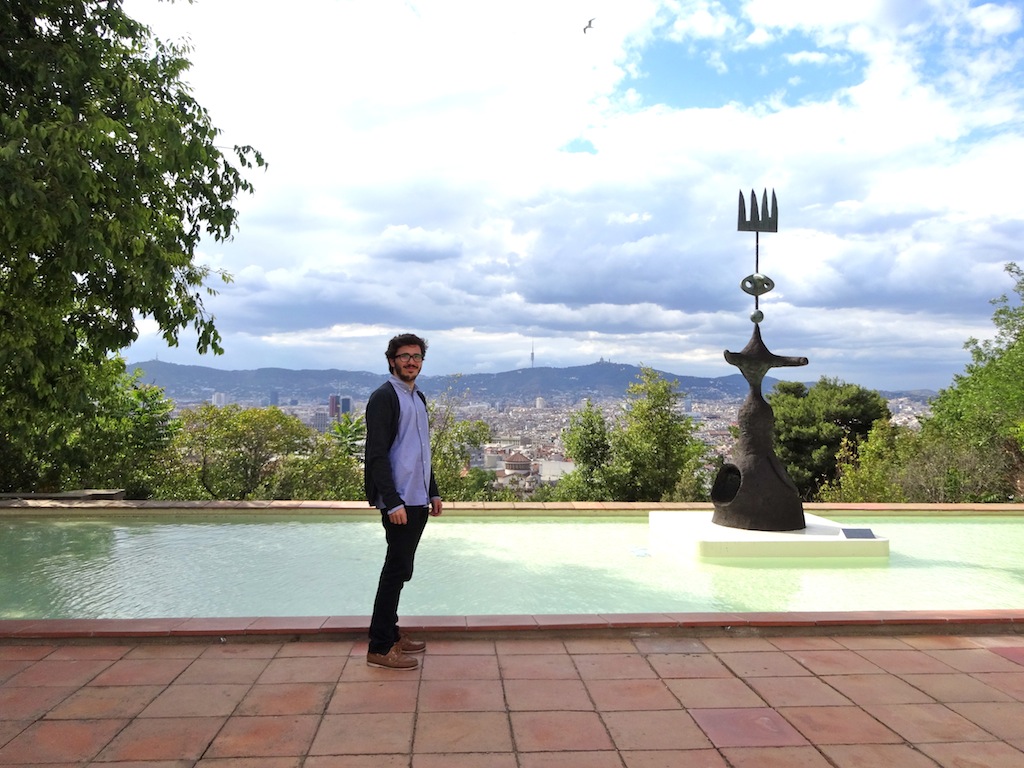 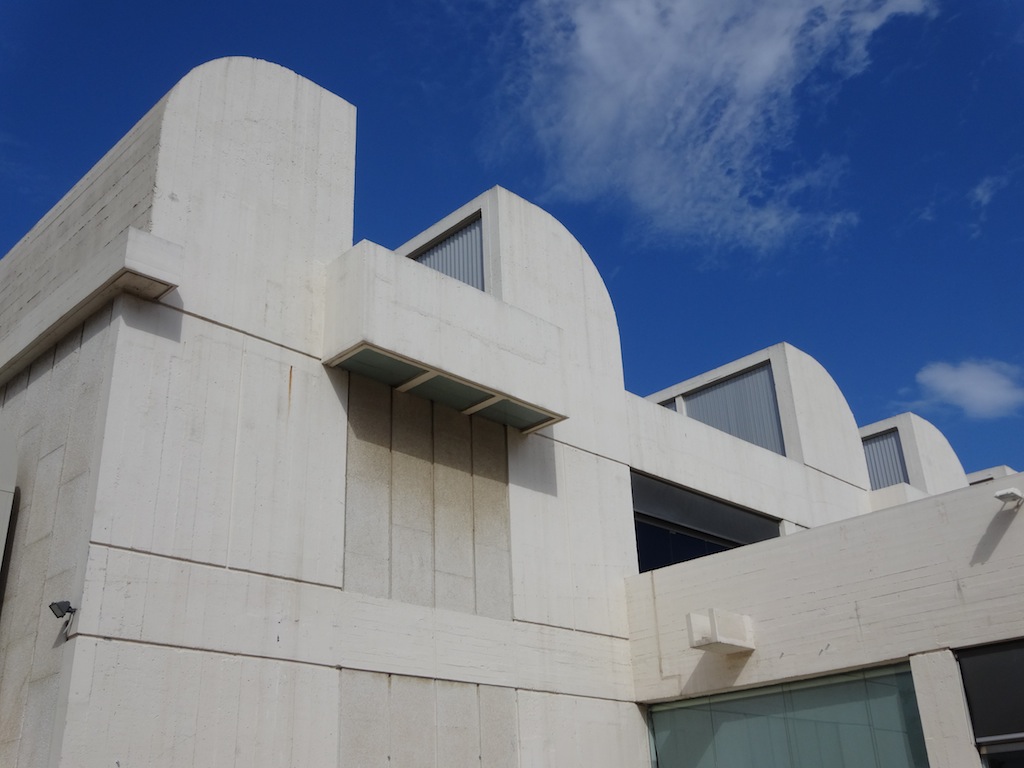 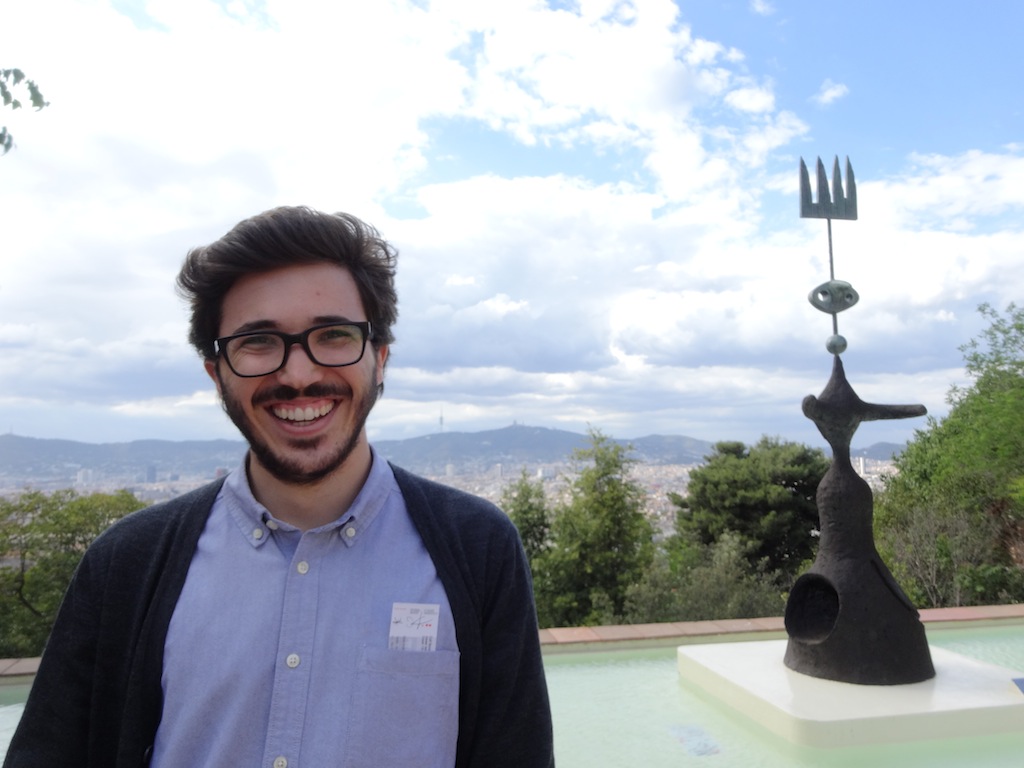 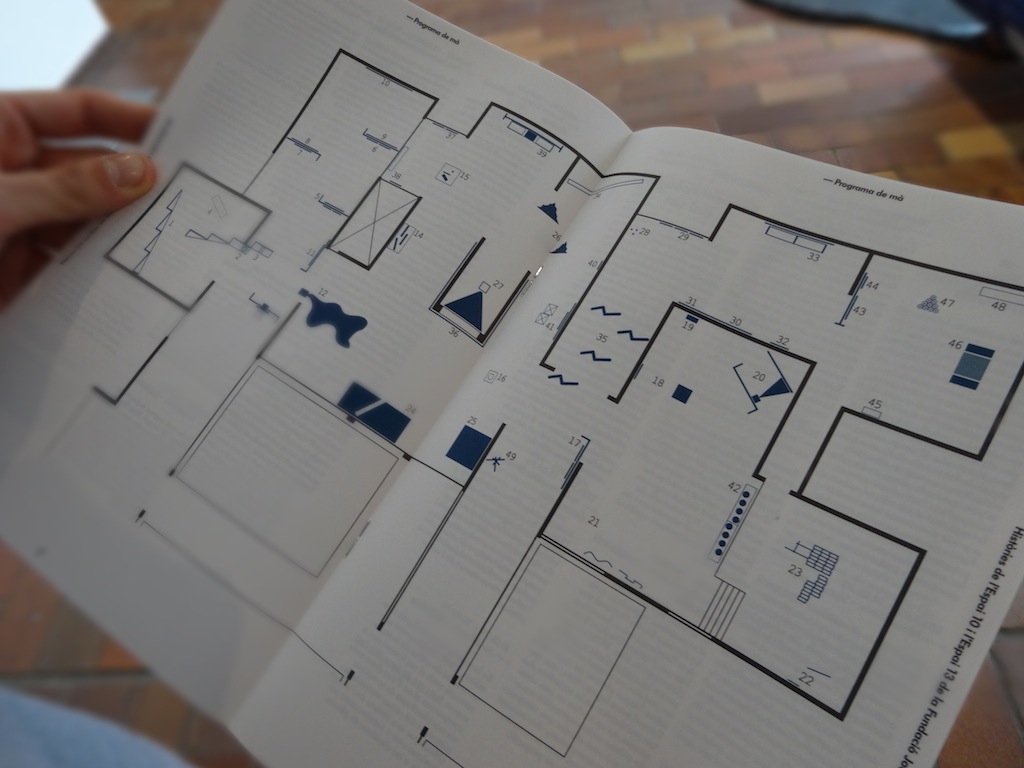 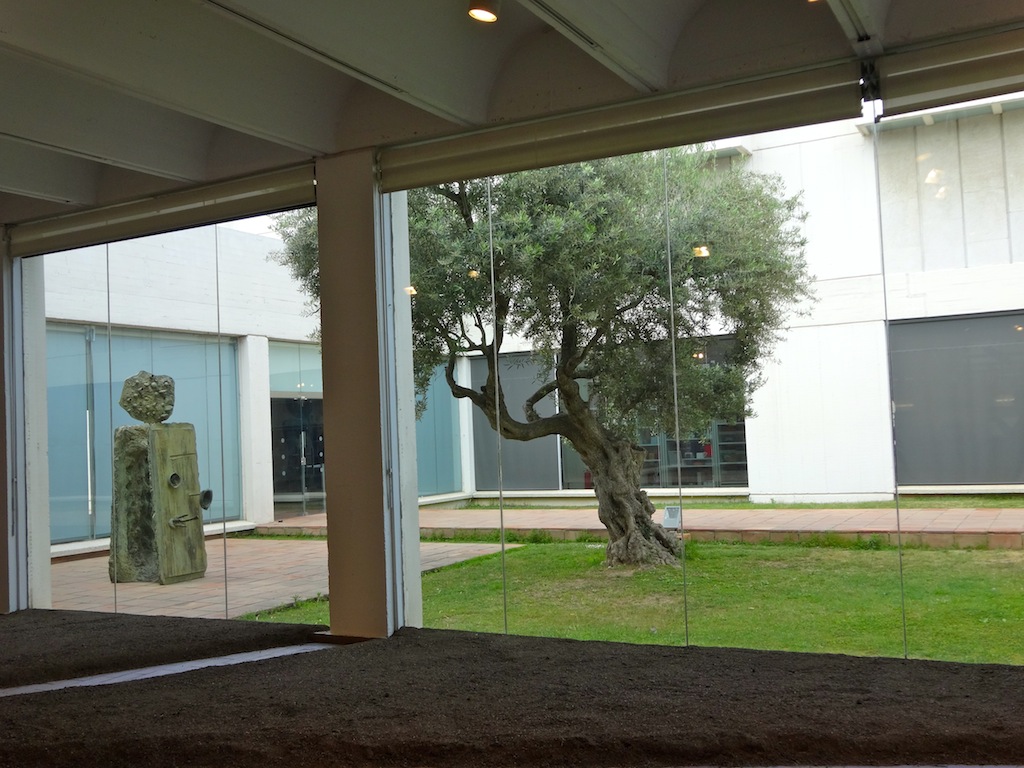 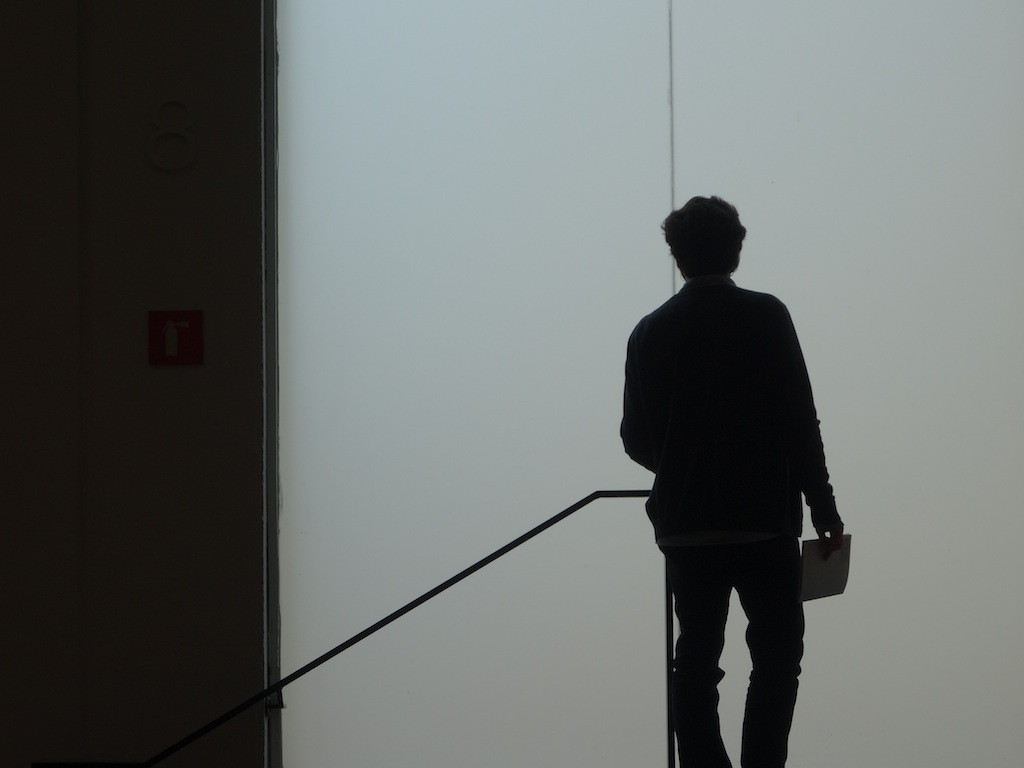 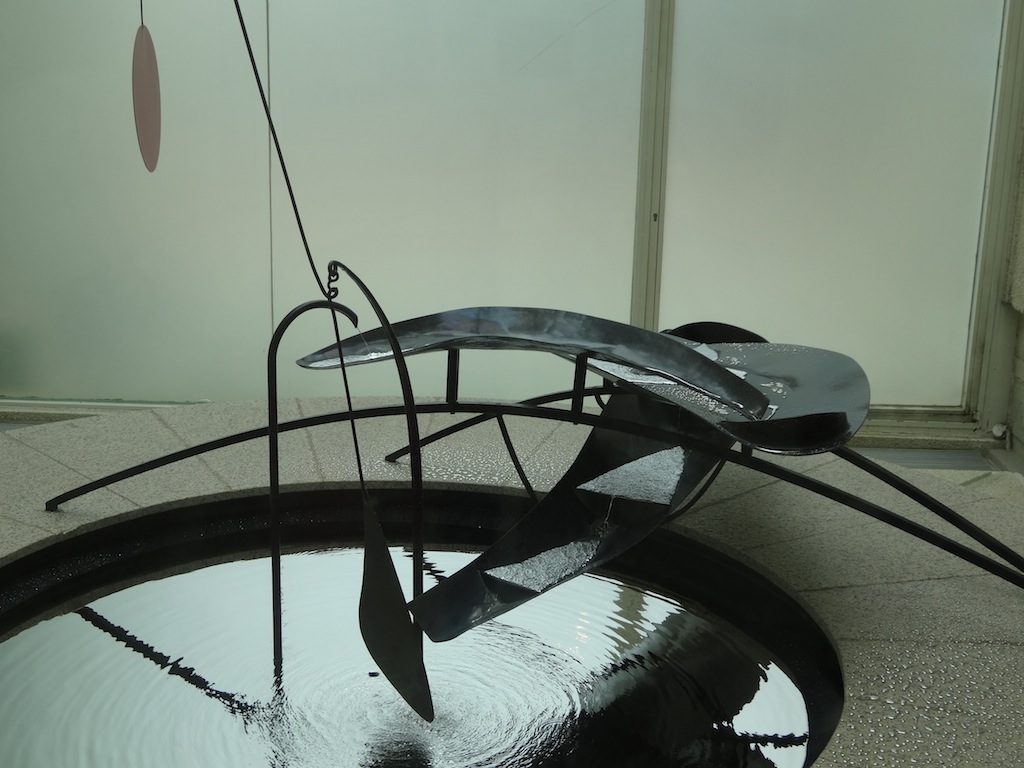 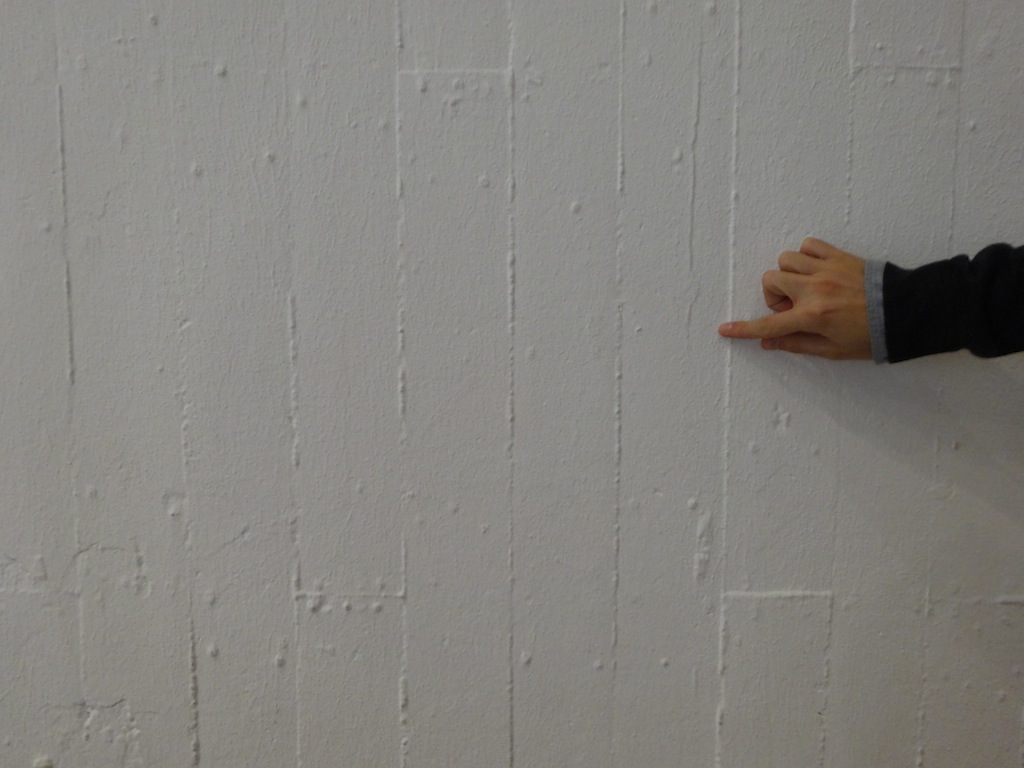 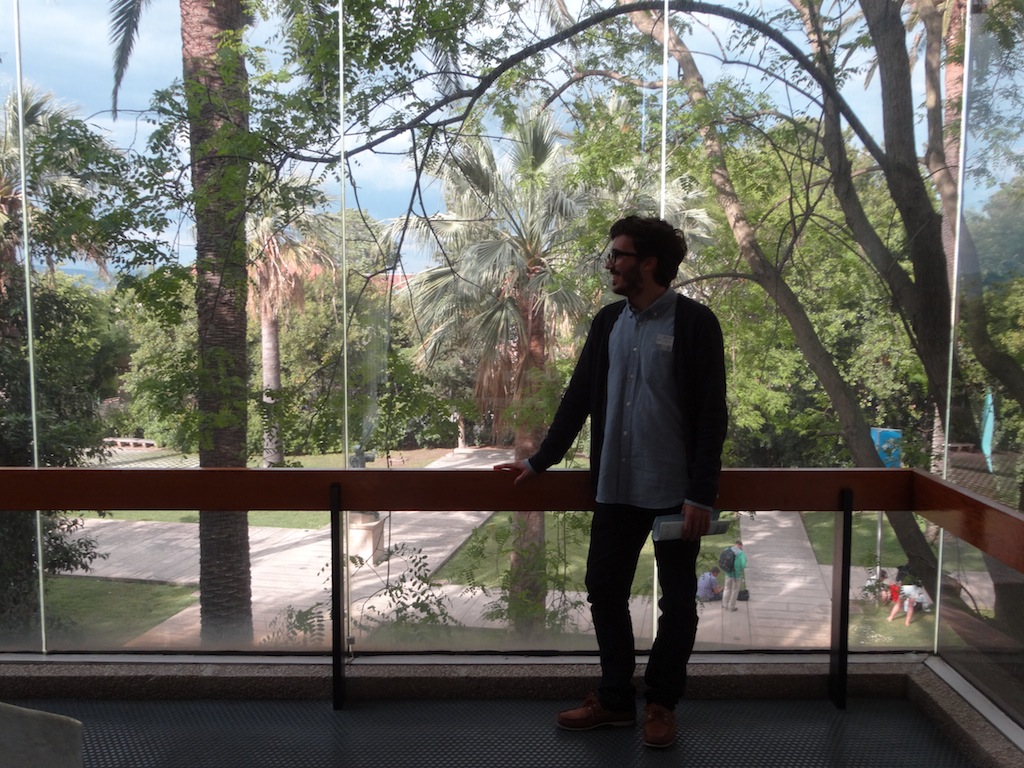 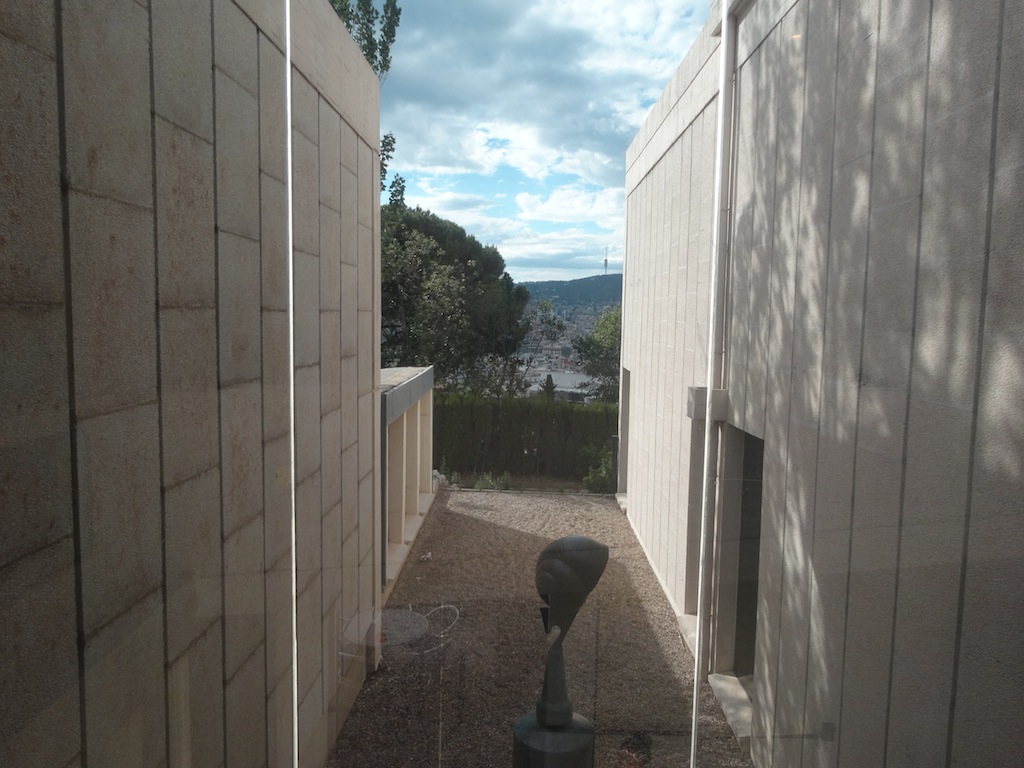 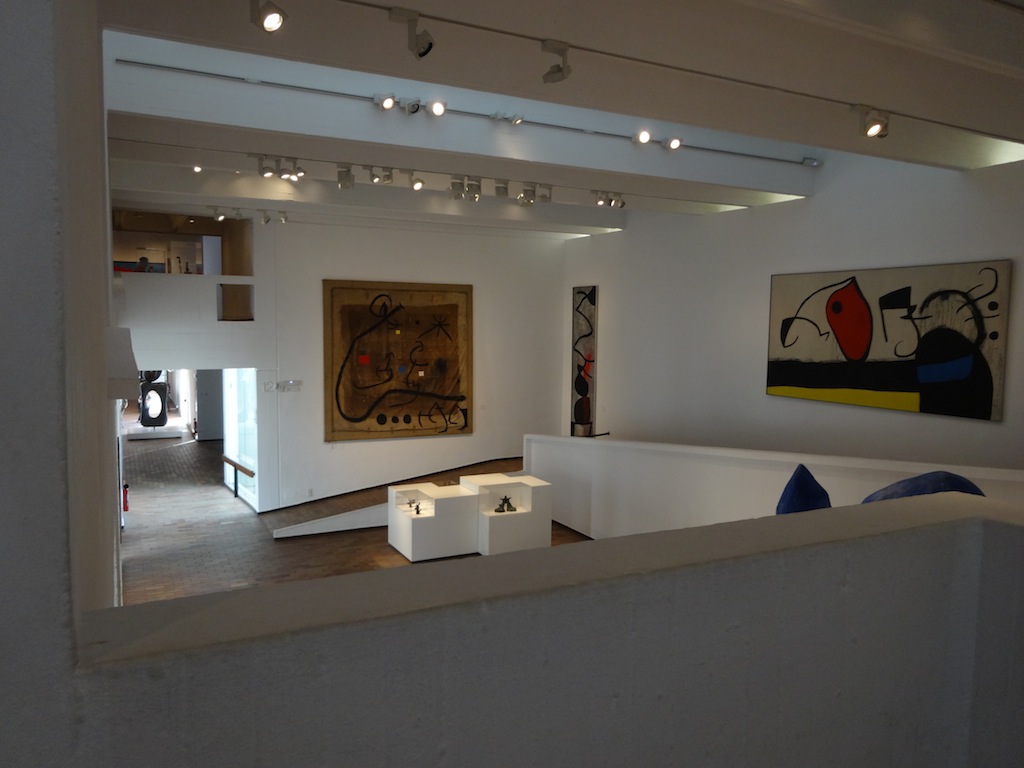 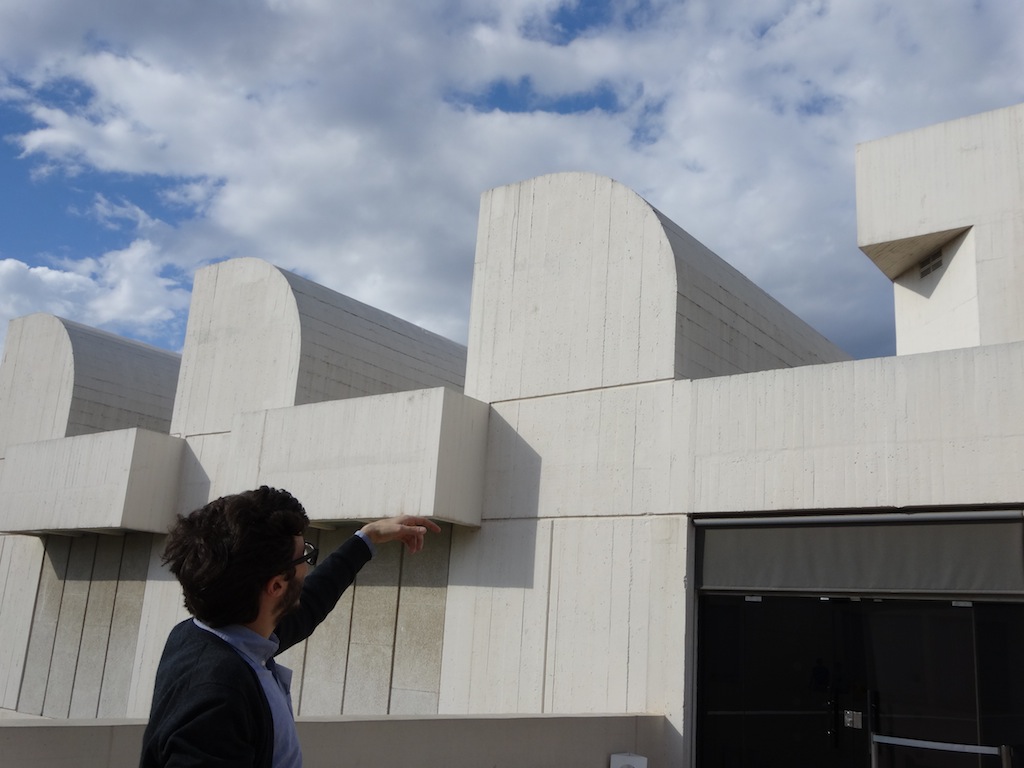 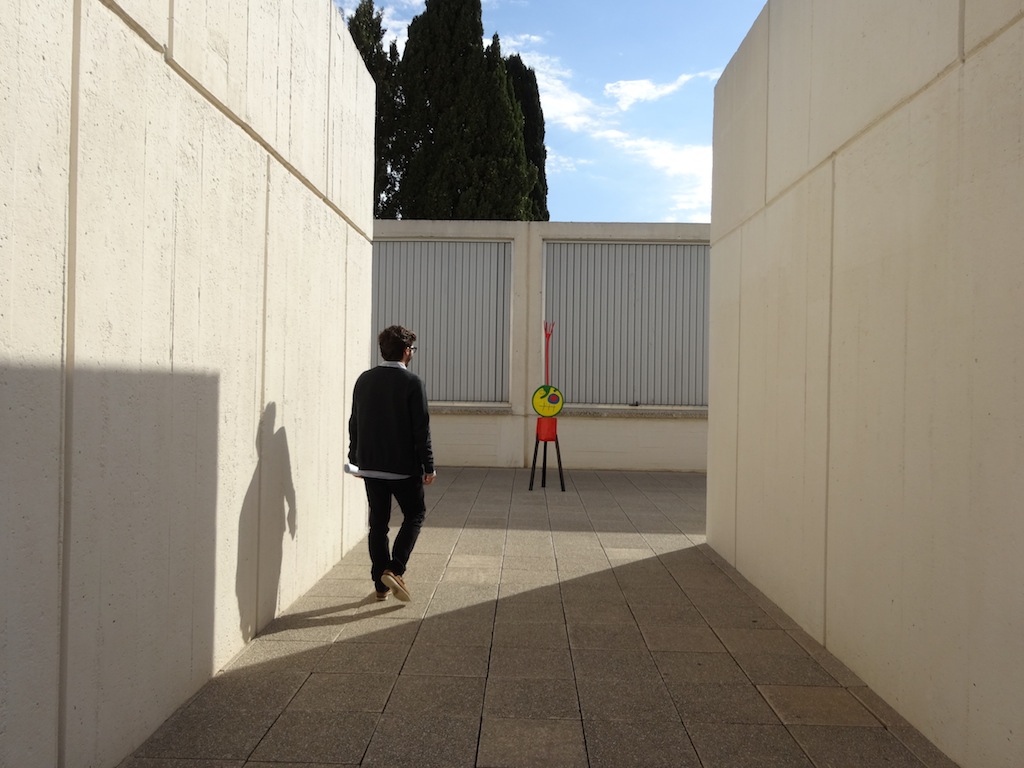 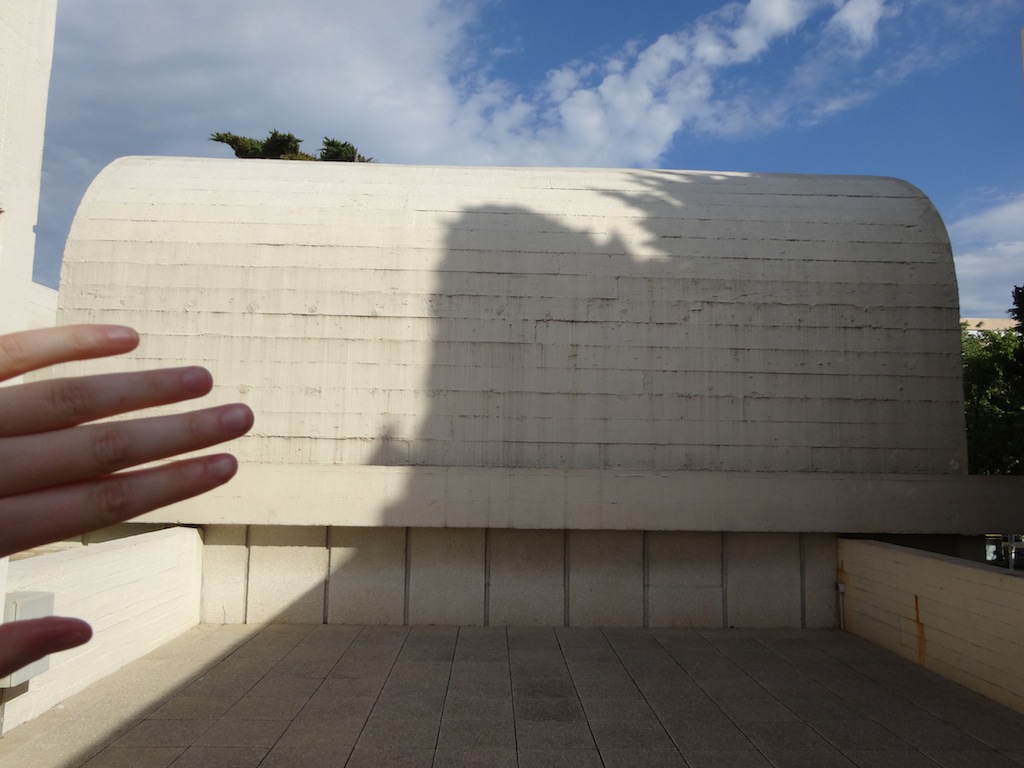 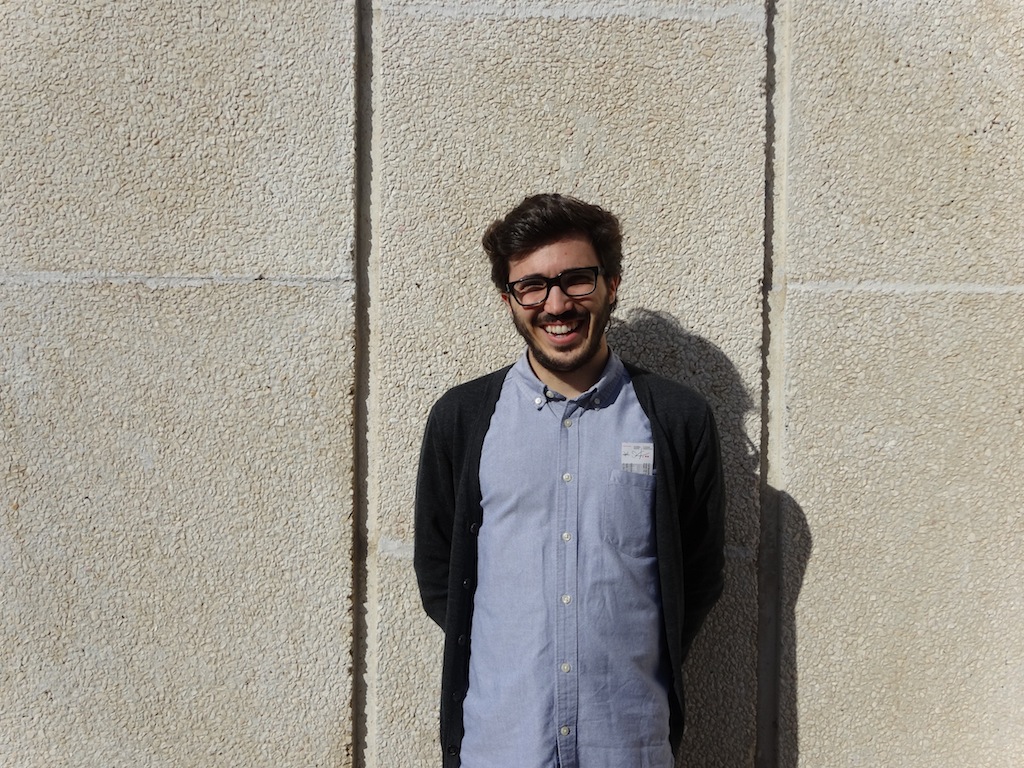 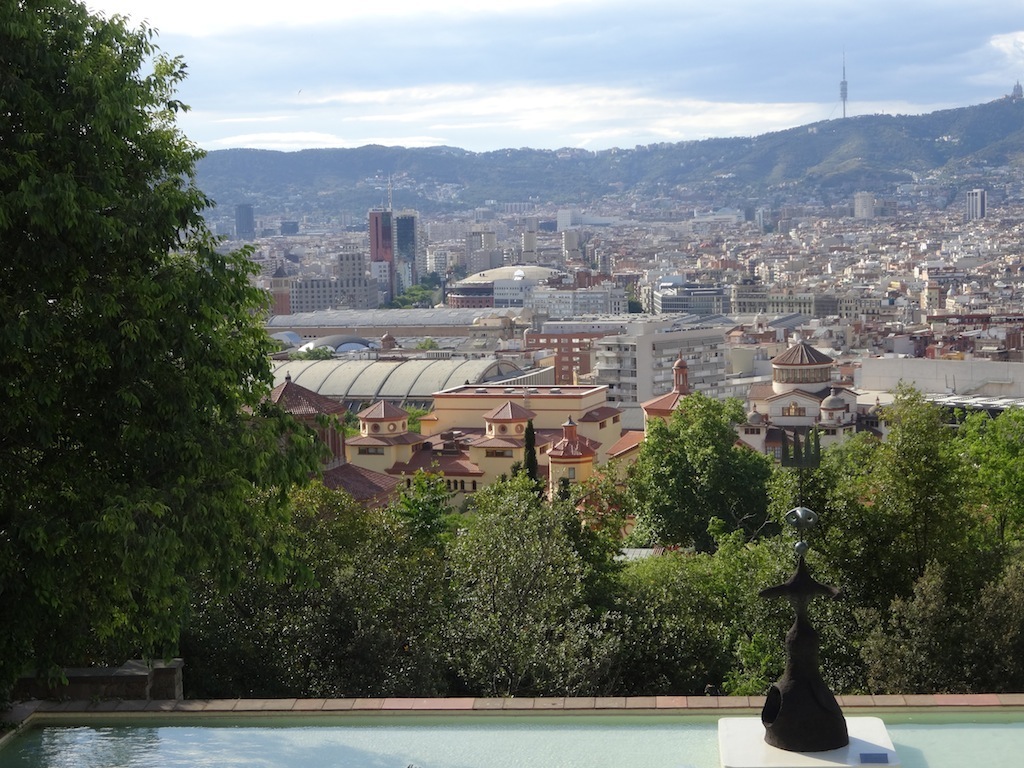 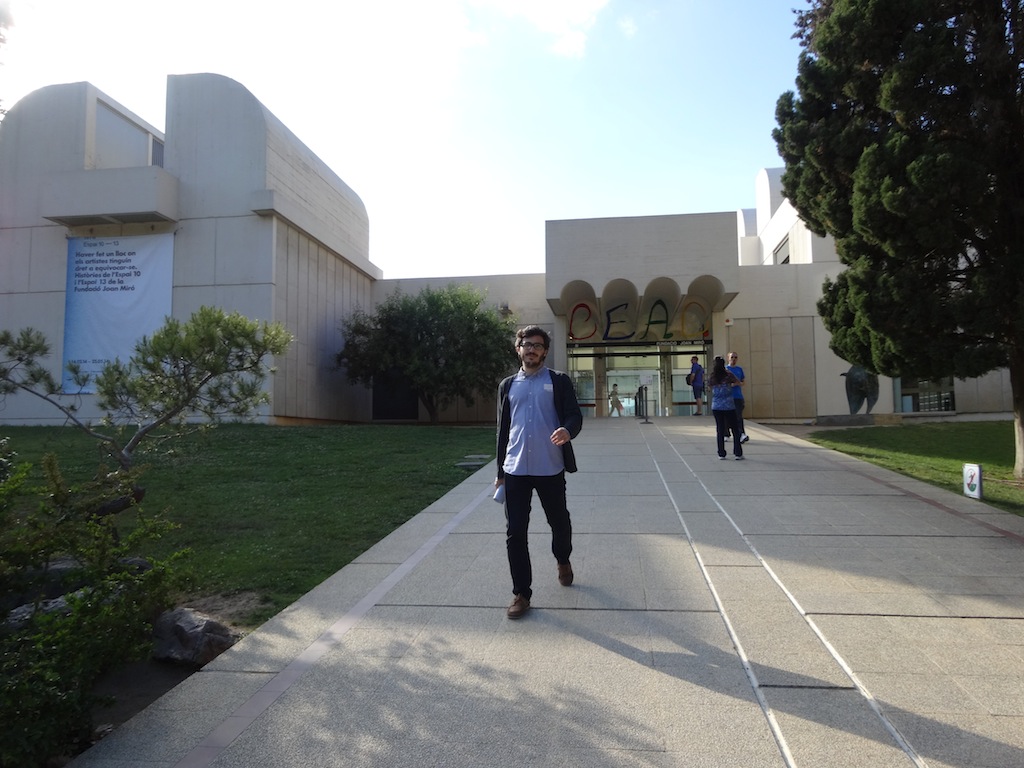 You are about to complete your architecture studies.

Yes, I still have the final project to do, but through the magazine I have started to experience the reality that involves this profession.

You are working already.

Exactly, creating content and events for our magazine is a work based on the intention of materializing our ideas and personal concerns related to architecture. And it does connect us with professional architecture beyond university. The fact that -for now- there is not much money involved in the project, allows us to preserve the purity and passion that has been in the core of it.

True. You are reaffirming your voice and your values. You’re are involved in Q9, magazine since the very beginning, how did all start?

It was at the end of October 2012 during a trip to Aragon; Javi (Javi Oliver) who is also part of the project from its root, and I spent many hours on road sharing our concerns and brain storming. I’ve always wanted to do many things, but I needed a good project where to contextualize them. Javi is a very thoughtful person and came up with the idea of creating a publication where to collect projects, architectural ideas, etc.. In fact, he already had a very defined idea and we felt it was the perfect time to start it. So, the following Tuesday we were starting to develop the project at the Q9.

Where and what is the Q9?

It is a working classroom at the Ramon Llull University, in La Salle, the building located above the Plaza Bonanova. The interesting thing of the Q9 classroom is that all the different courses go there to work, so it is a very transversal space and very horizontal at the same time. We decided to name our publication after this classroom.

We saw that we could not start the project on our own and we began to invite people to participate. Today the magazine is not only based on the theoretical aspect of architecture, but it has also developed a practical one based in various projects. I can give you two examples of these: the first one is the schoolyard of the school Mare de Déu in Castellvi de Rosanes. We considered various options for this project with people from our university, studying very well the needs of the place and keeping in mind that the budget was limited, the process was really open: we also involved parents, students, teachers, the council of the municipality and the architecture studio X+X. The project has been very well received and the town’s Mayor himself has told us that he will try to seek funding to carry out the project in its entirety.

This is very good news. And what about the second example?

We are organizing a workshop in Majorca. The origin of this idea was a series of workshops that the Association of Architects organized on the island, but they stopped doing them a while ago. Now, with the strength of the Q9 Magazine, we want to start them again. So, we are making a big campaign of production, organization and media. It is a big project and we are very excited with it because it will be very interesting to establish a connection with the young architects who get enrolled in the course with established professionals like Jaime Coll, Tomeu Ramis, Narcissus Fountain, Jon Tugores and Josep Bohigas, among others.

In fact, in Mallorca there is also an other Fundació Miró.

Yes, the artist Joan Miró had a workshop in Mallorca and it is also by the architect Josep Lluís Sert who was a close friend of Miró. In fact, both in the studio and in the Fundació of Barcelona, you can see how Sert was really familiar with the essence of Miró in order to collaborate with him on these projects. The Miró Foundation in Mallorca was built in 1987 and is entirely signed by Rafael Moneo. Sert’s project for the one in Barcelona was completed in 1975 and in 1988, extended by Jaime Freixas.

What is your relationship with the Miró Foundation in Barcelona?

I already came here with my parents as a small kid; at the time, I was completely fascinated by the fountain of mercury, I loved its movement, the weight of the mercury falling, and the influence of Calder… Later in my life, I worked here and I got very familiar with the building: with all its details such as the way in which the pavement in placed in a way that coincides with the ceiling vaults or the irregular texture of the walls. I love the location, the incredible views you can see from Montjuïc and the semi wild surroundings that we have here. The building is very sincere, seeking the integration with the landscape without intervening aggressively. The spaces are created in a way that bring comfort to people, actually I always thought that I could live here very well although perhaps the proportions are a bit excessive.

But, it doesn’t have the monumentality we mentioned in Miguel Angel’s conversation.

True. Here there is no pretention of grandeur, this space is closer to an art gallery than to a museum in its traditional sense of museum. Sert thought that Miró’s work was important enough and didn’t needed to be enhanced by any sort of majestic building that contained it. Then, look at how all the elements of the Mediterranean architecture are present here: the whiteness of its facades, its central courtyard that looks inside and creates an atmosphere of seclusion, the ceramics pavement, the presence of water, the flat roof, even the olive tree Sert wanted to plant in the yard, the symbol par excellence of the Mediterranean as well as the cypresses like the ones at the entrance. Subsequently, in the yard that belongs to the expansion, Freixas planted a carob tree, the tree that Miró had by his home in Mallorca. In theory the rooms should have a lot more light, but many windows were covered up in order to guarantee the best preservation of the works.

Also, this is a very seductive building: it allows you to see a whole hallway or whole room with just a glance, but at the same time you can always find some hidden corners or the fact that it accompanies your walk through it with its slopes that subtly go uphill or downhill making transitions from one space to another without you being fully aware of it. Towards one end of the building there is a room with a ramp that leads to the upper floors, that one is really pronounced, Sert designed it specifically to be able to observe the sculptures located in the centre of the room from as many angles as possible.

After climbing that ramp, what can we find in the upper floors?

Well, besides the Miró Foundation, the building is also the Interpretation Centre of Contemporary Art. Around 1968 the City Council gave this land also thinking that the building would have this function. But now in Barcelona there are many contemporary art centres so what really stands out here is the figure and the work of Miró. But in the top floor, there is also this Centre with its library and a very important file. The building was inaugurated on 10 June 1975.

It generated a huge impact. The foundation, with all its modernity, looked towards the future and perhaps it is no exaggeration to say that it is one of the emblems of the transition (from Franco’s dictatorial regime to Democracy) and the time where Barcelona was starting to wake up and create the contemporary and cosmopolitan personality that nowadays has. ∗