After talking to Paco Poch (Igualada, 1951), I’ve got the sensation that, as it happens with good books or great movies, his persona also offers several levels of reading. At first he seems distracted and somewhat extravagant, but soon he gradually starts to open up and, all of a sudden, he’s eyes enlighten when mentioning some film directors, heroes that have accompanied Paco since his adolescence. Our conversation goes on and surprising ideas and images begin to emerge. They reveal the personality of this doctor in audiovisual communication, who is also one of the bravest (as well as respected) independent film producers of the actual barcelonian cinematographic panorama. 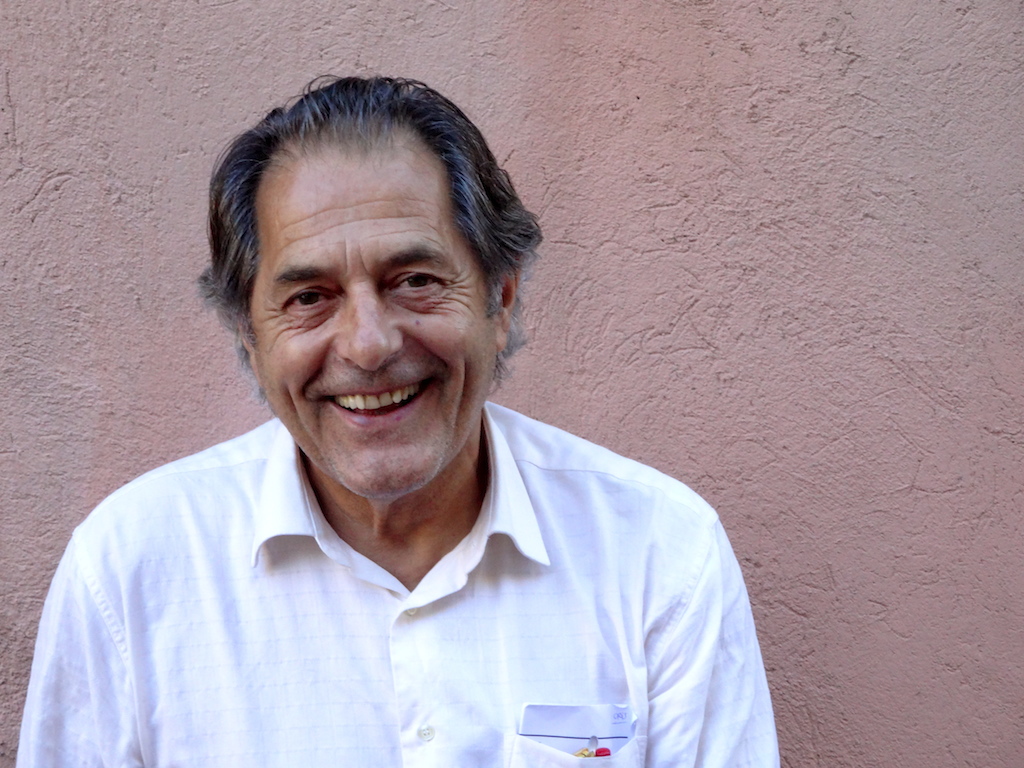 You were born in Igualada, a town near Barcelona.

Yes, but I moved to Barcelona at the age of ten when I began studying at the Jesuit’s and living at their boarding school. However, at seventeen I began to have some freedom.

Was it then when you started becoming interested in films?

I started watching films by Fellini, Godard, Elia Kazan, Antonioni… And yes, I got hooked.

We are talking about the mid sixties, still under Franco’s dictatorship, how did all those films arrive to Barcelona?

The cinematheque did not exist yet. But a lot of Eastern European cinema or Nordic authors like Bergman, were projected in alternative theatres such as the Publi or the Caspa, and little by little they began to expand in other circuits. Also, there were a lot of cultural associations where projections and film forums were held. For example, in the Roselló Street where the IDEC (whete I teach) is located now, right there, at that time, there was the Vergés forum: a cultural centre, where, among other activities, there was a movie forum full of restless film lovers. I joined them and started to help them… The filmmaker Manuel Muntaner was among the group, I admired him a lot, he taught me how to take photos. I started to capture movies, concerts and singers. I sent the pictures to an agency in Montpellier and from time to time they sold one for me. I kept taking photos until I started working as a camera assistant in TV. Later on, I started as a production assistant, then a production director and I remained as a producer.

We could say, then, that your edication has been closer to “the school of life” rather than academic.

Well, I also studied History at University. By that time there were no Film studies nor Humanities or Political Science. While I studied History, I also could take subjects that interested me such as Sociology, Anthropology…

Now you are going to direct the Master in Cinematographic Production at the Central Cataluña University (UVIC). Do you believe that a master like this could have been useful in your career?

It could have helped me to get directly in touch with the materials that a producer works with. And specially to know particular cases of how specific films have been made. In the master, several thematic blocks will be explored, all of them taught by professionals from each sector: finance, marketing, project analysis, development, co-production laws, distribution and all the business related areas. It is very important to study deeply these aspects and to know specific cases.

I guess you had to learn your job by trial and error, but there’s always a part of experience and part of intuition…

Always. But, having a good base is as important as constantly reinventing yourself. While I was working I gained a scholarship to study a master in Business Science, it was an area in which I was less interested.

So, why did you study it?

Because anything related with film production still didn’t exist at the time. Therefore, I thought that with a master in Business, at least I could lead a cultural enterprise or television channel, for example. I felt that I lacked of instruments and a master gives you the necessary materials from where to work.

Later on, you also completed a doctorate in Audiovisual Communication.

Yes, that was while I was already teaching.

And if somebody asked about Barcelona’s cinematographic panorama (or Catalunya’s), what would you highlight?

I don’t know how to create a picture of the entire situation; is difficult to define the cinematographic movement of a determined place in few words. What I do know is my own perception: what I want to do, what I can do and what I’m doing. Personally, I’ve got the impression that very little is currently happening… In this sense, perhaps it is good to go out and get in touch with other cultures. You asked me about Barcelona and Catalunya’s situation. However, if we take a look at Spain’s situation, I don’t have the impression that huge quantity of good cinema is being made here. For example, this year I was at the Karolvy Vary festival and only two Spanish documentaries were shown, against countries such as France or Germany that presented about twenty pieces each.

Do you believe that the limited volume of Spanish films that are being produced is due to a political problem?

Clearly, there is an important lack of investment in this country’s cinema. There is not a proper atmosphere for creations or new filmmakers to thrive.

However, sometimes I wonder if the real problem is not just the government’s lack of help towards the cinema industry, but the fact that it is not as easy for people to consume it.

This is coherent, but why is culture not being consumed? Interesting films, why are not being seen? When I was sixteen years old, Antonioni was on and we went to see his films.

Do you think that being a producer is a creative job?

This is a huge topic. Your personal signature is transmitted in everything that you do; as a producer you are the person who catalyzes, who provides every help… the maieutic, isn’t it? You make things easier. And the way you do it, it will always be transmitted. Then, if you do not distance yourself from what you think, what you say and what you do, if you let all of this mix, by force, things will be done right as you feel. At the end, the result is also part of your own work.

Why do you think that Barcelona can be an interesting city where to study a master in cinematographic production?

Barcelona is, physically as well as culturally, very connected to Europe: close to France, close to Italy, etc. It is also the door to the Mediterranean. Additionally, the dominant languages of the master will be Castilian and English will also have a great importance. Therefore, it’s open to people from all over the world who dominate these two tongues.

What must a project have for you to fall in love with it?

It must have creativity, it must be a clear proposal from the person who develops it, perceiving a passion for the theme, the way it is explained, it must have emotion, sentiment… It must have value, a sense of authorship that you feel it comes from inside, that is genuine, that is necessary, that has greatness, quality.

How would you define the concept of quality?

It’s mostly exigency: in the team’s selection, in the words chosen for the script, the structure… Because, the most important thing in films is that they make you enter immediately in them. You sit down, a movie starts and you just let yourself go. When this happens, it is wonderful.

Therefore, films must always have that emotional and intuitive component, both when you make them and when you watch them?

But you fabricate your dream and a movie is already created when it comes to you.

Not exactly, because what you will perceive is your own perception of that movie. On the other hand, you do not control your dreams at all… They part from your subconscious. What’s more, dreams go, come back, they break, you want to understand something and you can’t, but in fact you have already understood it… Films are the same. You are the screen, you are the movie. * 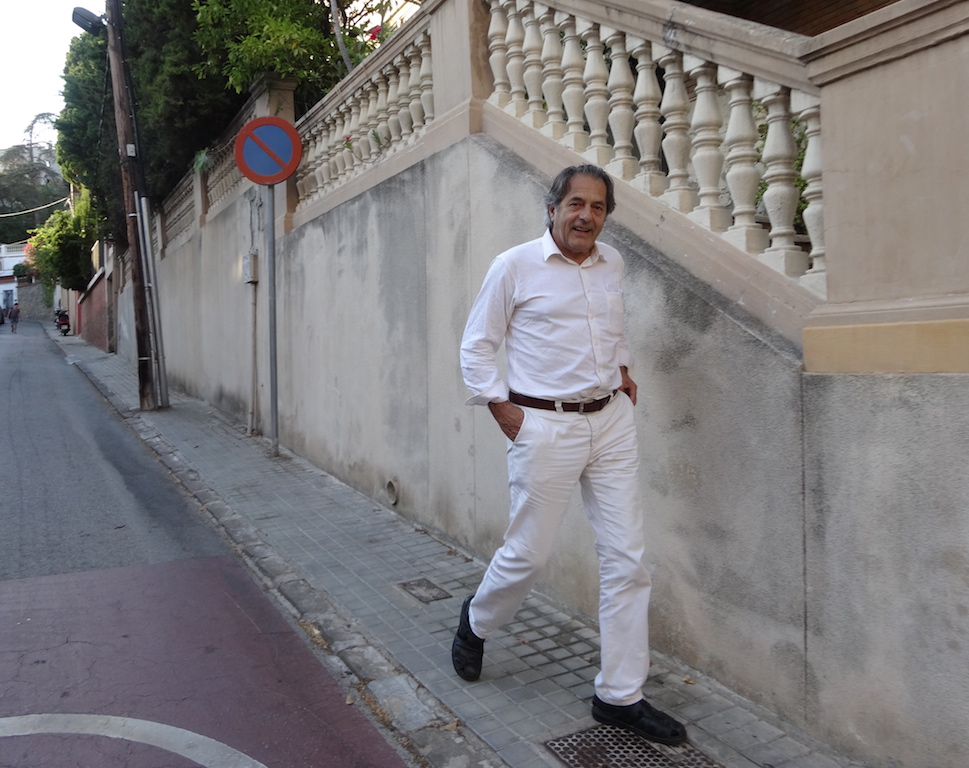